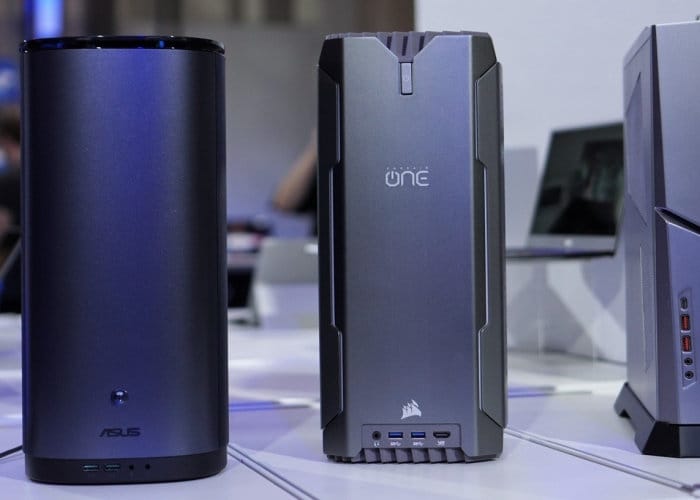 At Computex 2018 this week a number of hardware manufacturers have been showcasing their new mini desktop PCs which offer a powerful alternative to larger desktop systems previously launched by the company’s. Created as part of the “Creator PC” initiative, Intel is hoping to inspire hardware makers to create higher specification computers that appeal to a wider audience.

Check out the video below to learn more about the offering is currently being showcased at this year’s Computex 2018 technology show from the likes of Asus, Intel, Corsair and others. Engadget who are on the floor at Computex 2018 for hands-on news reports explains “ Intel’s Creator PC program mainly exists to remind professionals that they should look beyond Apple’s hardware when they need a new computer. Techies might have noticed that Windows-powered machines are better than ever, but it’s something mainstream consumers could easily miss.”

If you would like to learn more about the current Creator PCs on show at this year’s Computex 2018 technology event jump over to the Engadget website by following the link below for more details.