We’ve seen all sorts of rumors about Moto Maker coming to other carriers and stores. It was rumored last month that Verizon and Best Buy are expected to get customized Moto X in the coming months. Now, a new rumor suggests that Moto Maker is heading to Sprint on November 11th, which will allow users to get customized Moto X. Currently, the service is only available for AT&T customers, but it seems things are about to change.

The folks at Android Central managed to get hold of leaked promotional materials that shows the launch of Moto Maker on Sprint. Currently, all carriers are selling the Moto X, but users can only buy the handset is the classic black and white color if they are not on AT&T. 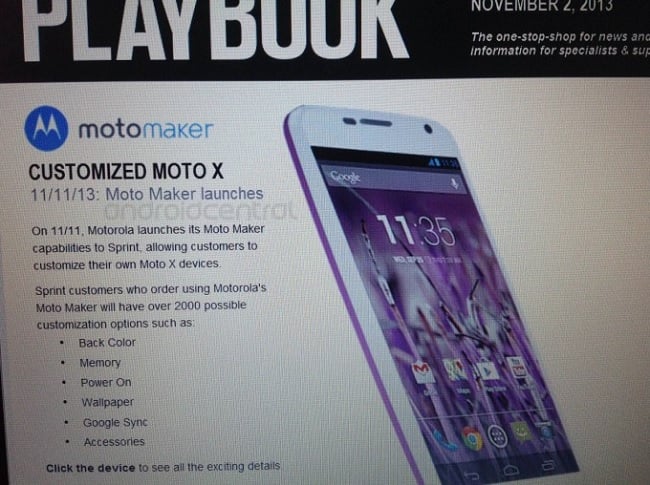 “On 11/11, Motorola launches its Moto Maker capabilities to Sprint, allowing customers to customize their own Moto X devices.”

Other things sown in the memo includes the customizations it offers such as back colors, wallpapers, storage options, etc. Unfortunately, there are no details about the custom wood back covers which we’ve seem several times in the past. But, if this rumor is true, we hope to see more details on November 11th.