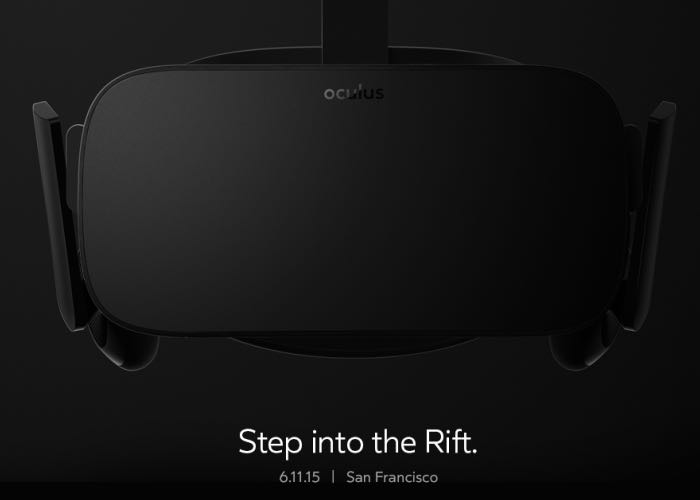 Oculus the Facebook owned virtual reality development company responsible for creating the Oculus Rift virtual headset, has this week sent out invitations to the press for a special event that will be taking place on June 11th in San Francisco.

It is hoped that Oculus will be announcing more details about the consumer version of its Oculus Rift VR headsets that are expected to launch sometime early next year in 2016.

As you can see from the image above Oculus is inviting the press to “Step into the Rift” and the company has already announced that pre-orders for its consumer virtual reality headset would start to be taken some time before the end of 2015. Also the June 11th event date is just before this year’s E3 2015 games conference and showcase, where Oculus may reveal more details about their consumer Oculus Rift headset.

Earlier this month Oculus did reveal the minimum specifications that it recommends your PC system should have to be able to accommodate using the Oculus virtual reality hardware, check it out here. Oculus also revealed that they are putting the development of the Mac and Linux supported versions of their virtual reality headset on hold until a later time.

As more details become available we will keep you updated as always on developments.