We previously heard that Sony is working on a smaller version of their Xperia Z 1 handset, the Sony Xperia Z1 Mini, and now it looks like we have some specifications on  the handset.

The Sony Xperia Z1 Mini will apparently come with Android 4.2.2 Jelly Bean and will feature a 4.3 inch HD display with a resolution of 1280 x 720 pixels. 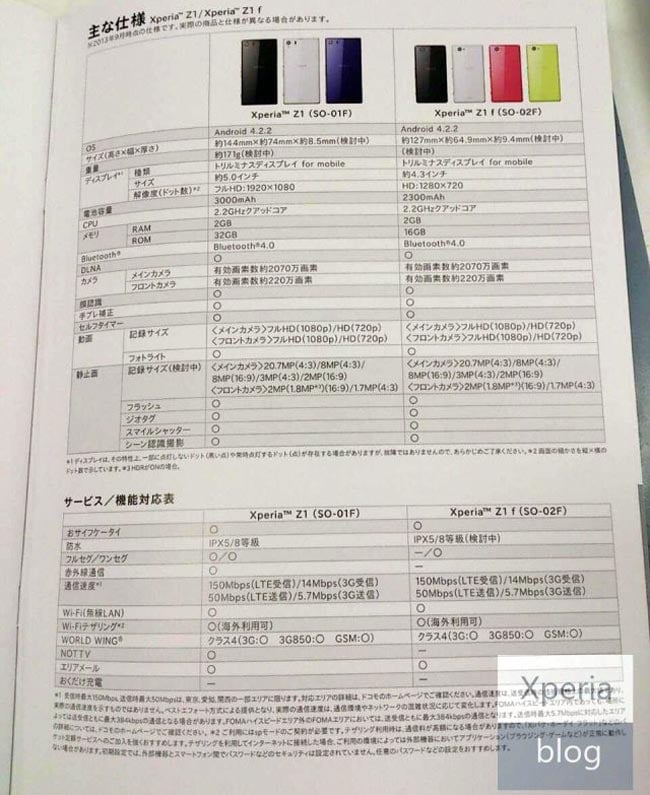 It looks like the handset will feature the same quad core 2.2Ghz Snapdragon 800 processor that is found in the Xperia Z1, plus 2GB of RAM and 16GB of built in storage.

The handset will also come with the same 20.7 megapixel Sony Exmor RS sensor that is found in the Z1 and it will be dust and waterproof like the Z1.

As yet we do not have any details on when the device will be available, although there have been rumors that it will launch in January at CES 2014.