The Sony Tablet S features a 9.4 inch multi-touch display with a resolution of 1280 x 800 pixels, processing is provided by a dual core NVIDIA Tegra 2 processor, and it comes with Android 3.1 Honeycomb. 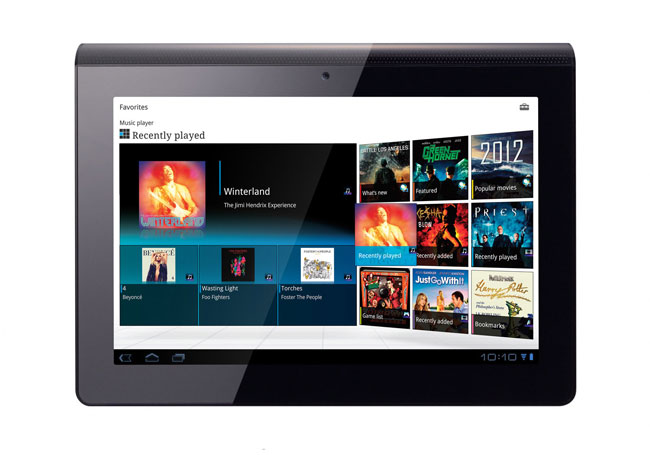 Sony have said that the tablet S will get an update to Android 3.2 Honeycomb, shortly after it goes on sale, and there is also  a front facing camera for video chat and a rear facing camera which can record video in HD at 720p, other features include WiFi, plus an SD card slot, and it comes with 1GB of RAM, and a choice of either 16GB or 32GB of storage.