Together with the ability to take photographs using the new Sony 3D Sweep Panorama feature. That Sony says takes the hard work out of creating fabulous panoramic shots. 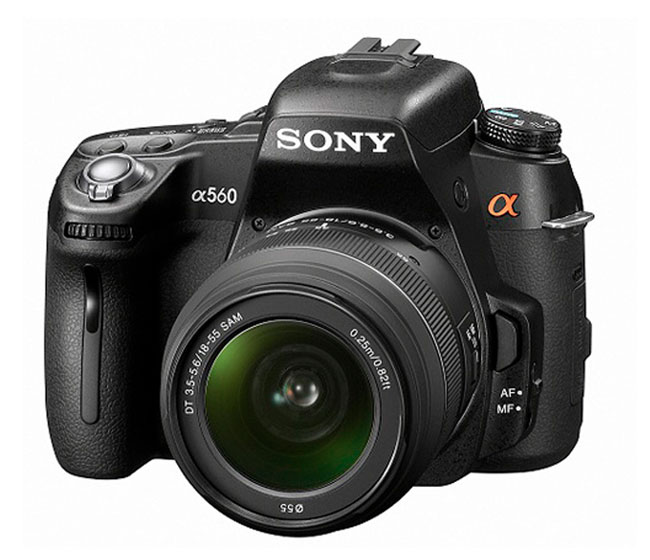 Allowing you to create seamless, ultra-wide pictures with a huge field of view of up to 224 degrees. Even at the lowest horizontal panoramic setting you’ll get a field of view of 108 degrees: that’s equivalent to a wide angle lens with a focal length of just 14mm and 3D panoramas can be enjoyed on any compatible 3D HD television.

At the heart of both is a new-generation Exmor™ APS HD CMOS Sensor processor. Together with the latest iteration of Sony’s powerful BIONZ imaging processor, it supports high-speed continuous shooting plus a sophisticated range of digital image compositing and processing functions. This gives even greater artistic possibilities to beginners and photo enthusiasts alike.

The A580 and A560 can freeze fleeting photo opportunities at up to 7 fps in Speed Priority Continuous Advance mode. What’s more, Sony’s popular Quick AF Live View system is now more effective than ever. The benefits of live image preview are maximised by a newly developed 15-point phase-detection autofocus system that keeps even moving subjects in pin-sharp focus.

You can read the full press release over at Gizmodo