At the Mobile World Congress (MWC) 2014 event this week in Barcelona, running from February 24th -27th, Sony has unveiled a number of new devices and smartphones it has added to its range of devices for consumers to enjoy.

Adding to the ever growing list is the new Sony Lifelog wearable camera concept prototype, which has been designed to compliment the new Sony SmartBand and Core devices that will be launching next month. 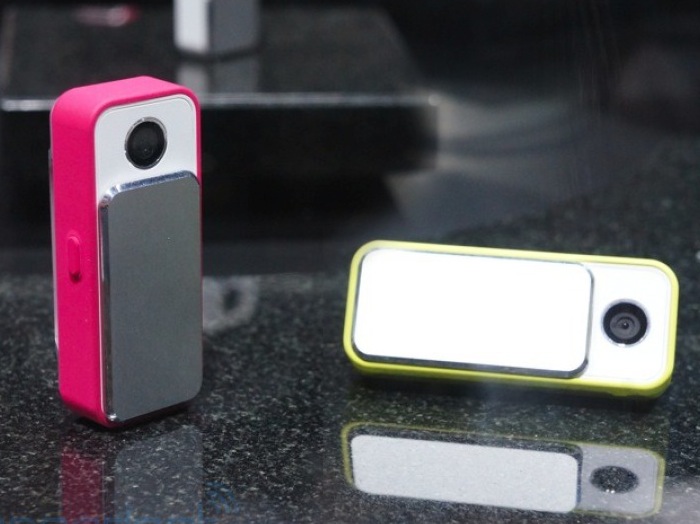 All three devices have been designed to be used with Sony’s Lifelog lifestyle-tracking app which has been created for Android. The Sony Lifelog app makes it easy for users to keep an automatic and ongoing journal of their life taking data both from their activity tracking wrist device, smartphone and also the Sony Lifelog wearable camera if it is released in the future.

The Sony Lifelog wearable camera has been designed to connect to an Android smartphone and capture photos at specific times during the day or whilst the user is carrying out various activities. Allowing them to automatically record and share moments of their lives with others with ease.In a similar way to other camera that have recently been successfully launched over on the Kickstarter crowd funding website.

At the current time the Sony Lifelog wearable camera is just a concept Sony if showcasing at the MWC 2014 event, and no official production timings or price have been announced at the present time by Sony. However when any other news is announced or full specification’s for the Sony Lifelog wearable camera are released we will keep you updated as always.