The Sony Ericsson X10 Mini is a scaled down version of the X10, it is considerably smaller than the original Xperia X10 measuring just 83mm by 50mm by 16, and weighing in at just 86g. 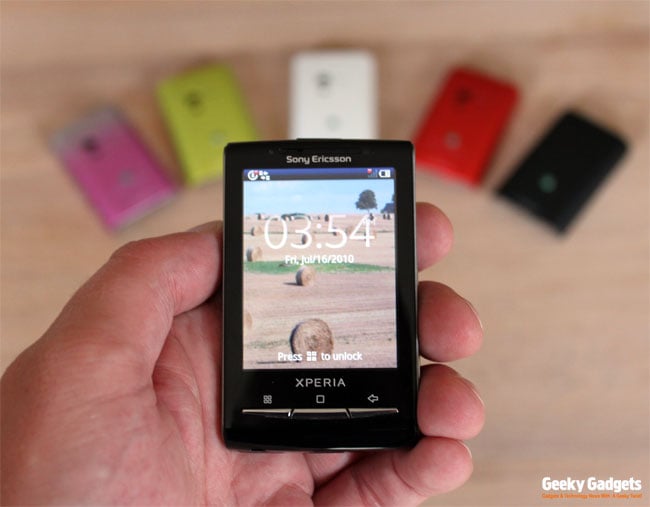 The X10 Mini features a 2.55 inch QVGA touchscreen display, and it comes with 128MB of built in memory and there is also a microSD card slot, the model we tested came with a 2GB microSD card. 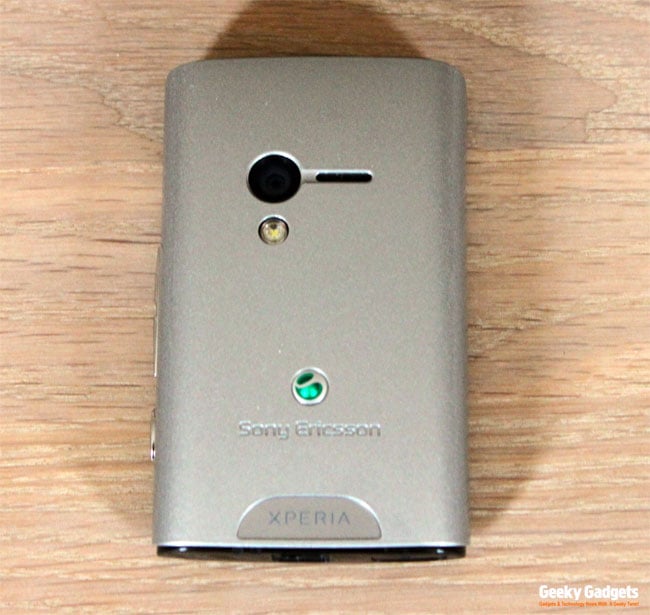 You also get 802.11 b/g WiFi, plus Bluetooth 2.1 with A2DP and there is also a built in GPS receiver with A-GPS, a digital compass, a microUSB port, an accelerometer and a 3.5mm audio jack.

The Xperia X10 mini also comes with a range of interchangeable covers which come in six different colors, including, silver, black, white, purple, green and red. 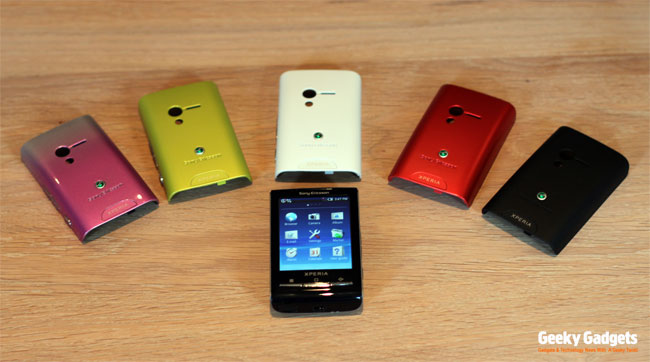 As well as Android 1.6, the X10 mini features Sony Ericsson’s Timescape UI which does take a little while to get used to, after that it works pretty well.

The Xperia X10 mini comes with many of the features of the original X10, and we were expecting it to feel a little underpowered, considering it features a 600MHz processor as opposed to a 1GHz processor in the X10, but it doesn’t, it performed a variety of tasks very well and was very easy to use. 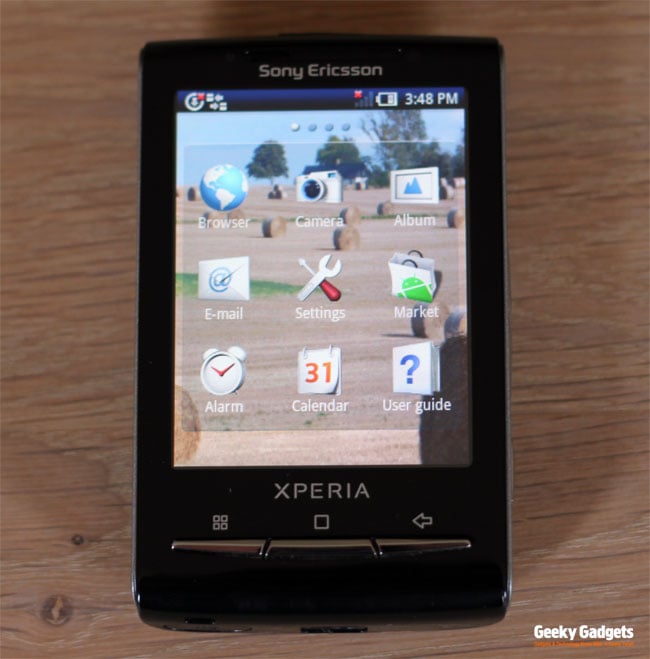 As we mentioned earlier, the X10 mini features a five megapixel camera, with built in auto focus and an LED flash, it does a pretty good job of taking photos, just like the one in the X10.

The photos are clear and crisp, and very good for such a small device, the video recording on the X10 Mini is average, but the sort you would expect from such a small smartphone.

Design wise the X10 mini takes a lot from the X10, it features the same navigation buttons on the front, and a similar touchscreen UI, although this is harder to use because of the smaller screen. 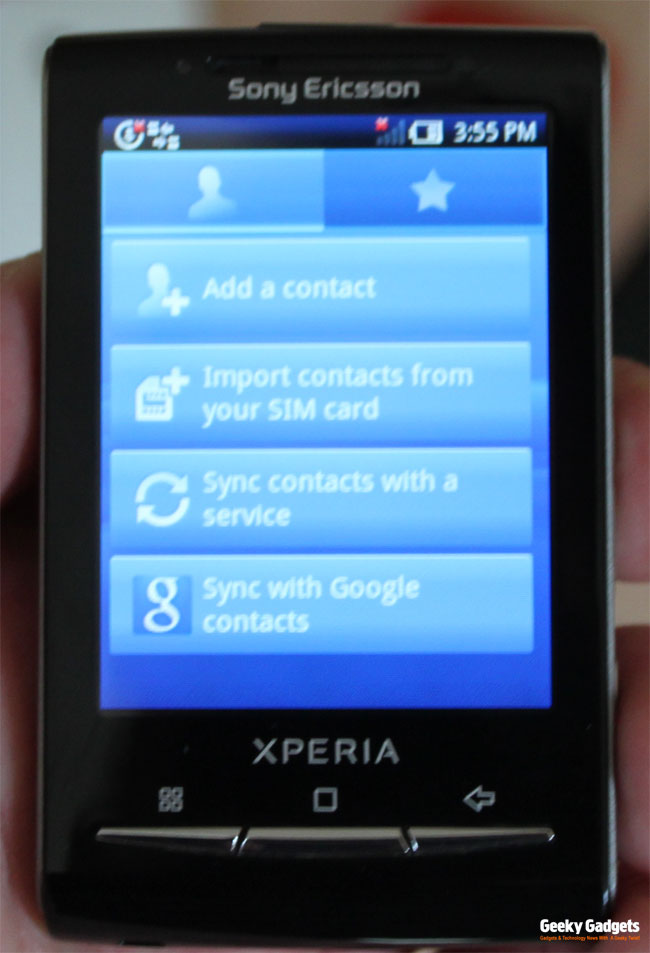 You also don’t get a full Qwerty keyboard, instead there is a standard multi tap keyboard, this does take some getting used to if you are used to using a full QWERTY keyboard, but this is the sort of thing you would expect in such a small device. 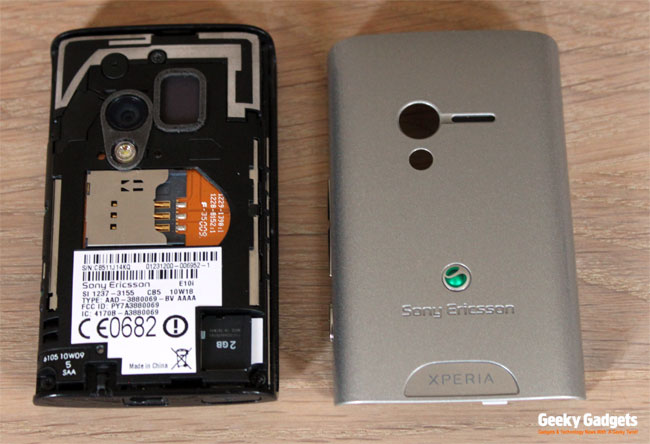 Music and video playback on the X10 Mini is pretty good, although not quite as good as the original X10, we would say it is good enough, it really depends on personal choice, and whether you would like a larger screen for watching videos. 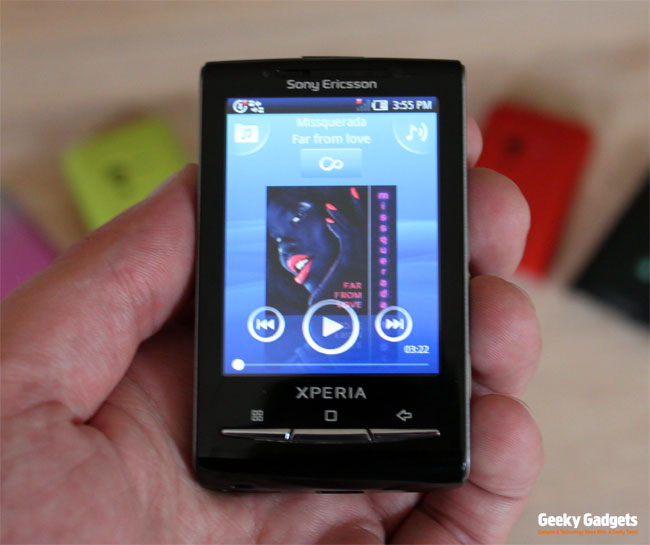 Overall the X10 mini a pretty good compact smartphone, it certainly doesn’t come with all the features of its larger counterpart the X10, and there are a few compromises.

This may be a problem for some people who like a full featured smartphone with a large screen, although people who are looking for something a little more compact should definitely check out the Xperia 10 Mini. 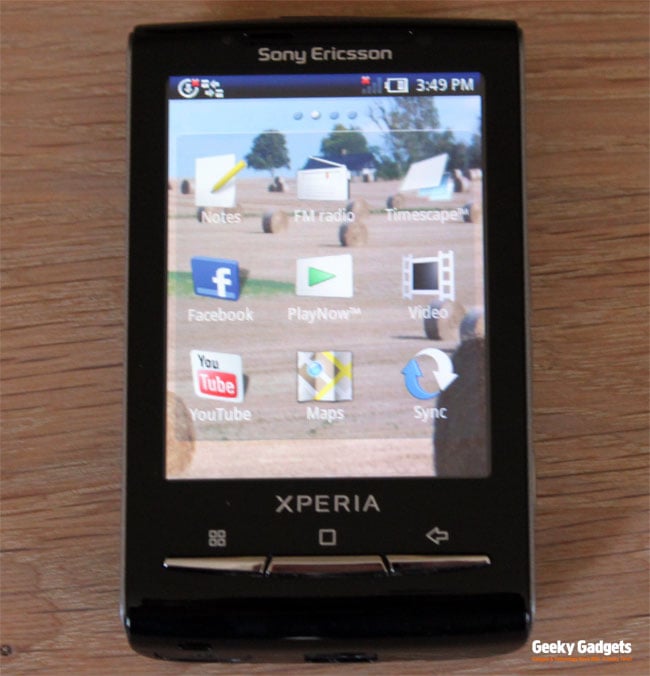 It definitely comes with a range of features that you possibly wouldn’t find in another mobile phone of this size, I am still surprised at how small it is compared to the original X10 and other smartphones, Sony Ericsson have done a pretty good job in packing a range of features, and applications into such a compact device.