The Xperia X10 is Sony Ericsson’s first smartphone to feature Google’s Android OS, and it comes with a range of impressive specifications. The Xperia X10 features a 4 inch capacitive touchscreen display with a resolution of 480 x 854.

It is powered by a Qualcomm 1GHz Snapdragon processor and had an eight megapixel camera with built in autofocus and an LED flash. There is also integrated WiFi, and A-GPS. The Sony Ericsson X10 comes with Google Android 1.6 plus a custom user interface from Sony. 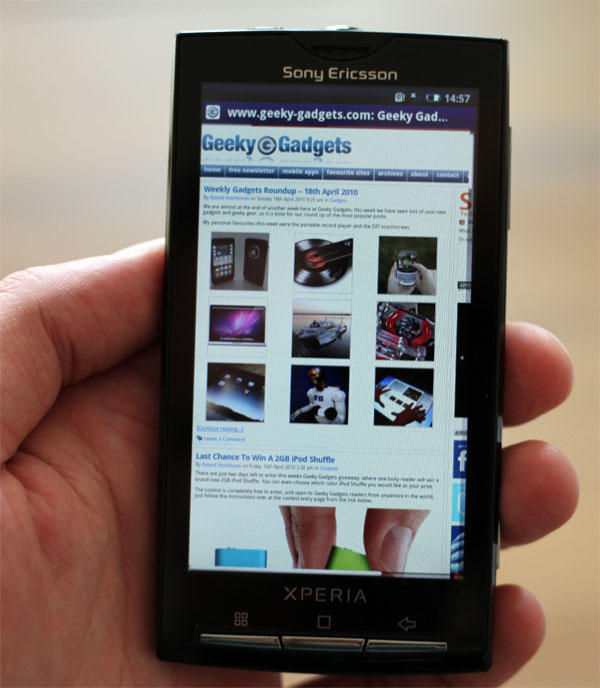 You get 1GB of storage built in and it also comes with an 8GB microSD card as standard. Other features include an accelerometer and a proximity sensor, Bluetooth 2.1 and support for HSDPA and HSUPA connectivity.

The first thing we noticed about the Xperia X10 when we were unboxing it is the packaging, it comes packaged in a similar way to the Apple iPhone. Inside the box there is a micro USB cable, plus an AC adapter, and a set of headphones. 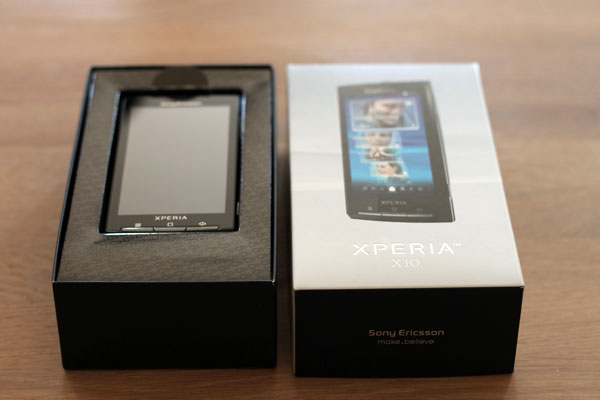 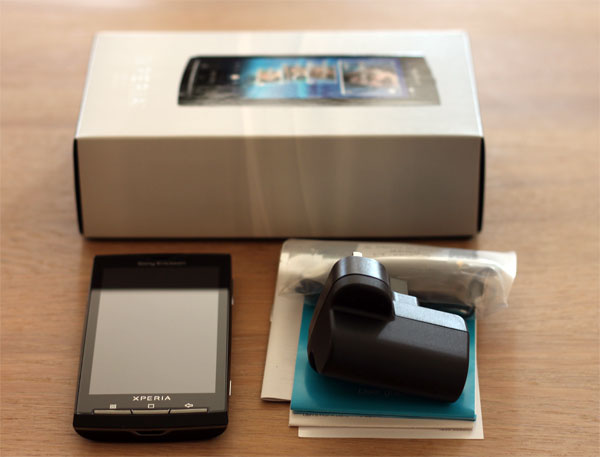 After unwrapping the X10 the first thing you notice is the screen, at 4 inches it is pretty big, the display is crisp and clear, and the colors are nice and bright. 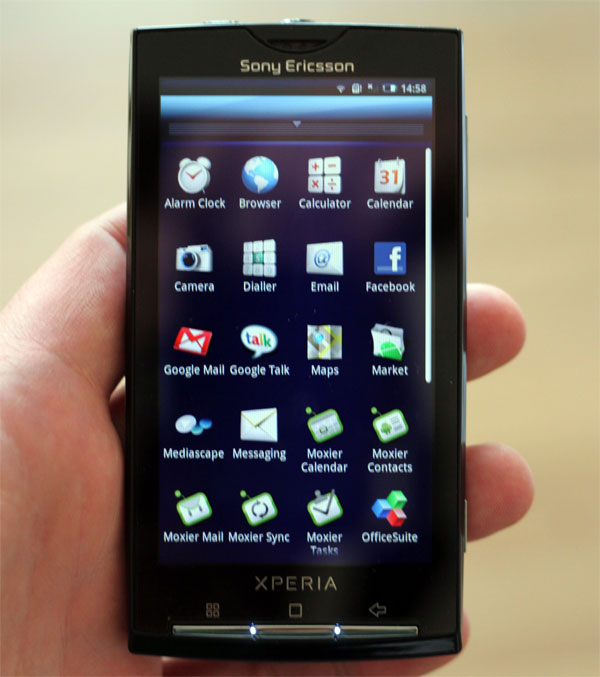 Below the large 4 inch display there are three buttons that are used for navigation as well as the touchscreen, and it features a custom UI from Sony with a couple of cool functions called Timescape and Mediascape.

The UI seems pretty good, although it did take a little while to get used to, but once you have learned how to navigate your way around, it works pretty well. One thing we would have liked to have seen on the X10 is multitouch, although this could possibly be added when Sony update the Android OS to 2.1, this hasn’t been confirmed by Sony as yet. 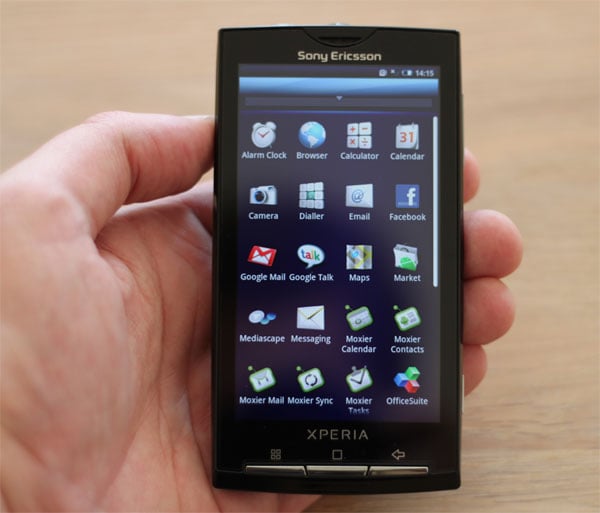 The Xperia X10 features a eight megapixel camera with an LED flash and autofocus, the camera works pretty well, and is definitely one of the most impressive ones we have tested on a smartphone. 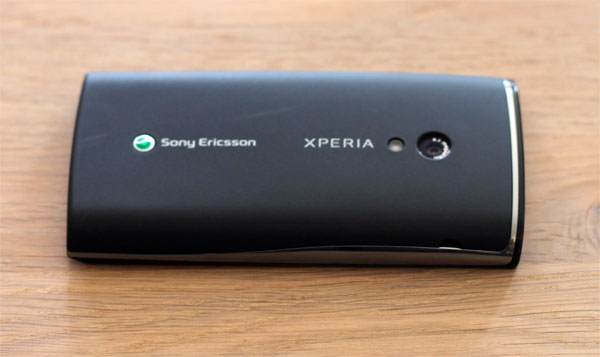 As well as being able to take still photos, the X10’s camera is also capable or recording video in WVGA at a frame rate of 30 frames per second. The X10 does a good job with video, and it is definitely more capable of recording decent quality video clips than some of the other mobile phones with video cameras we have tested. 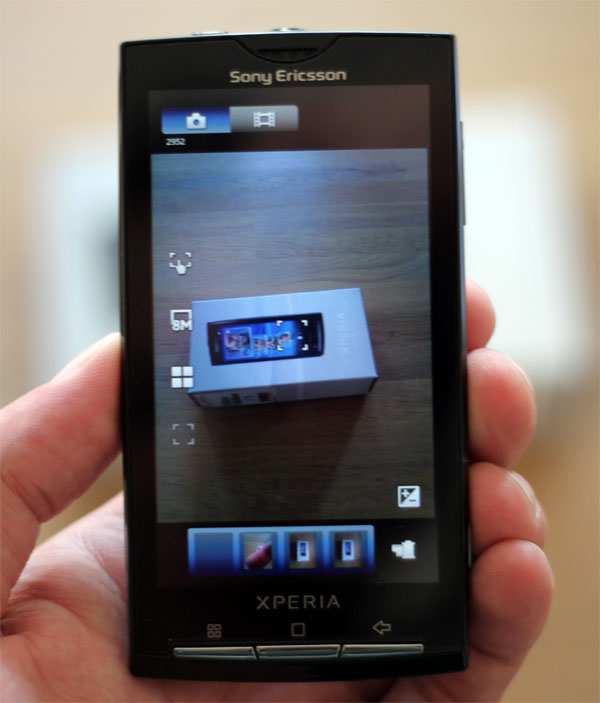 Where the Sony Ericsson really shines is with music, and video, Sony’s Mediascape application is great and it makes it really easy to access your photos, music and videos, and it displays your most recently played media.

The audio quality of the X10 is very good, and the bundled headphones that come with it do a reasonable jobs, although if you add a quality pair of headphones to the X10 you will be impressed with the sound quality. 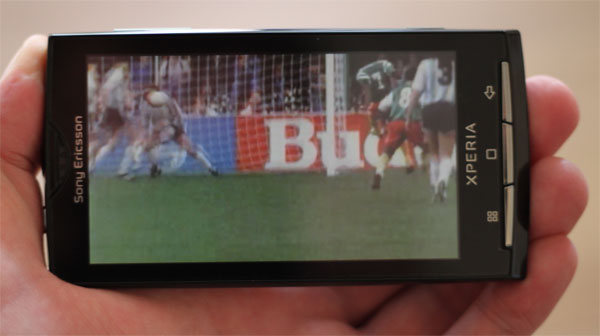 Video is also very good on the X10, and it looks great on that large 4 inch screen. One thing we would have liked is support for DiVX  and XviD files, lets hope this is something that Sony adds in the future.

The X10 comes with a built in web browser, to be honest it isn’t the best browser we have seen, and takes a little getting used to, but once you have played about with it a bit it isn’t to bad, although this really isn’t a problem as there are lots of browser options available from the Android Market. 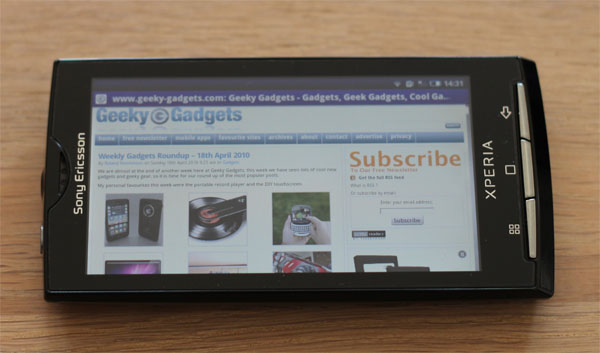 The Xperia X10 has some interesting features, we really liked the design, and it is very well built, and the 4 inch capacitive touchscreen is impressive and great for videos and photos, and the UI is easy to use and quite user friendly. 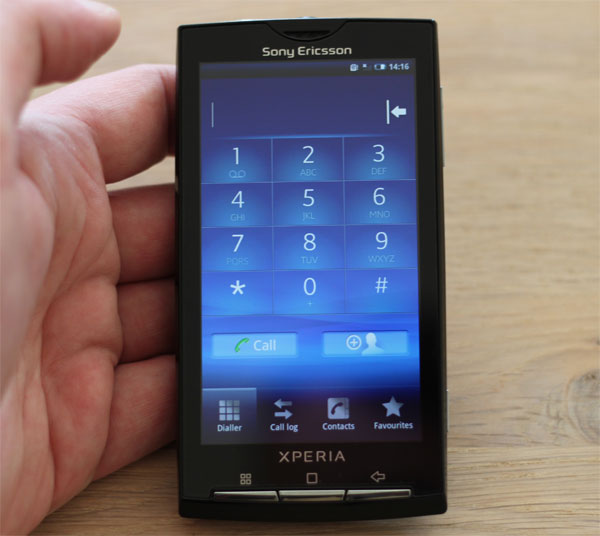 Overall considering that the Xperia X10 is Sony Ericsson’s first smarpthone to feature Google’s Android OS, I would say they have done a pretty good job.  The only downside to the Xperia X10 is that it comes with Android 1.6 and not Android 2.1 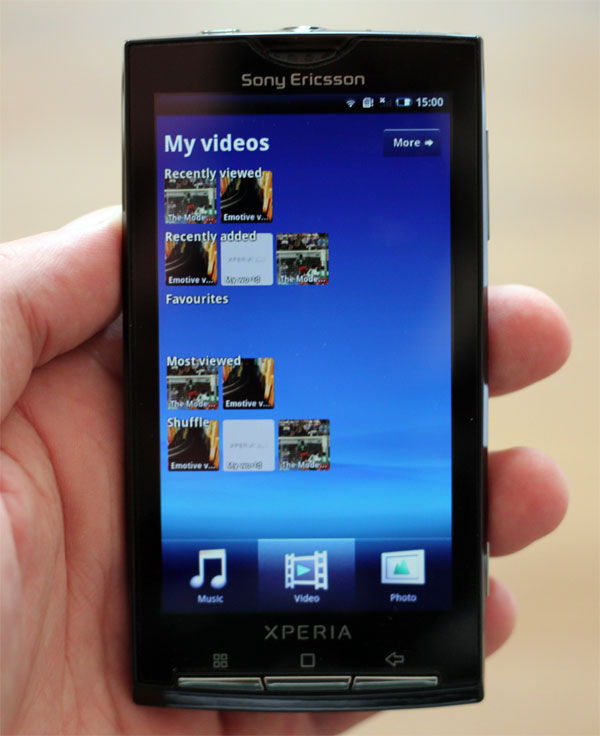 This is something that Sony intend to address as they will be releasing an update for the X10 that will give it Google Android 2.1, which should make the Xperia X10 into an impressive Android smartphone. 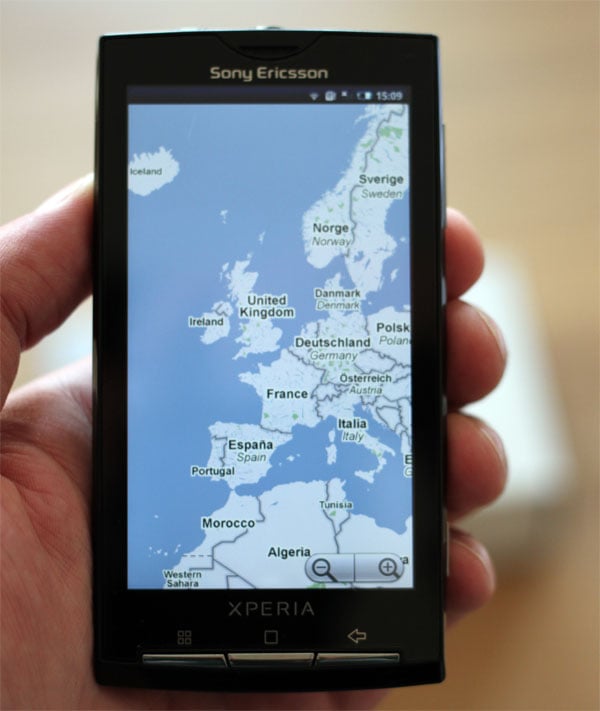 If you are in the market for an Android Smartphone, we would definitely recommend checking out the Sony Ericsson Xperia X10. Have a look and our article on Android vs iPhone to see which smartphone and mobile platform is best for you.