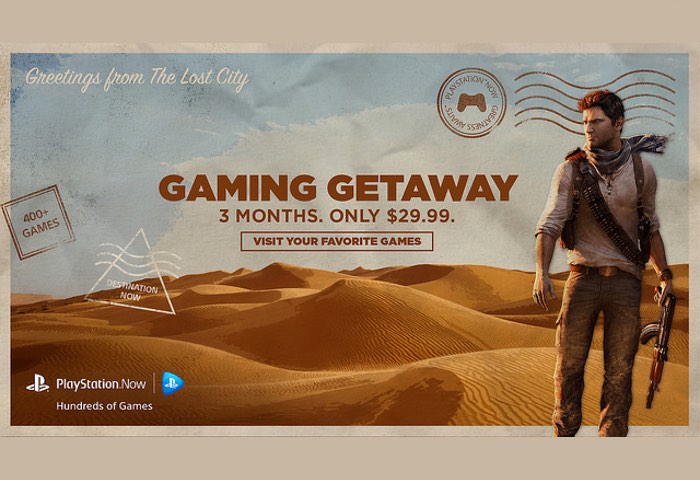 Sony has this week ended 50 new games to its PlayStation Now subscription service as well as offering a new discounted subscription package that allows PS gamers to enjoy all the games on the PlayStation platform for three months for only $29.99.

The 15 new PlayStation Games are available from today and includes such titles as Borderlands: The Pre-Sequel, The Darkness II, Spec Ops: The Line and Duke Nukem Forever, BioShock, BioShock 2, BioShock Infinite, XCOM: Enemy Within and NBA 2K14 from the vaults of 2K Games.

Check out the video below to learn more about the new 2K Games that have been added to help the PS Now Subscription catalog offer more than 400 games.

Borderlands: The Pre-Sequel – Launch into the Borderlands universe and shoot ‘n’ loot your way through an exciting adventure that rockets you onto Pandora’s moon! Play as four character classes while carving a path of destructive mayhem across Pandora’s never-before-seen low-gravity moonscapes with all new moves, weapons, and vehicles!

The Darkness II – The Darkness II is an intense first person shooter that puts you in the role of Jackie Estacado, don of a New York crime family and wielder of an ancient supernatural force of chaos known as The Darkness.

Spec Ops: The Line – It’s been 6 months since Dubai was wiped off the map by a cataclysmic sandstorm. Thousands of lives were lost, including those of American soldiers sent to evacuate the city. Today, the city lies buried under sand, the world’s most opulent ruin.

Duke Nukem Forever – Put on your shades and prepare to step into the boots of Duke Nukem, whose legend has reached epic proportions in the years since his last adventure. The alien hordes are invading and only Duke can save the world. With hours and hours of over-the-top single player action, and a range of bodacious multiplayer modes, rest assured knowing the fun will last.