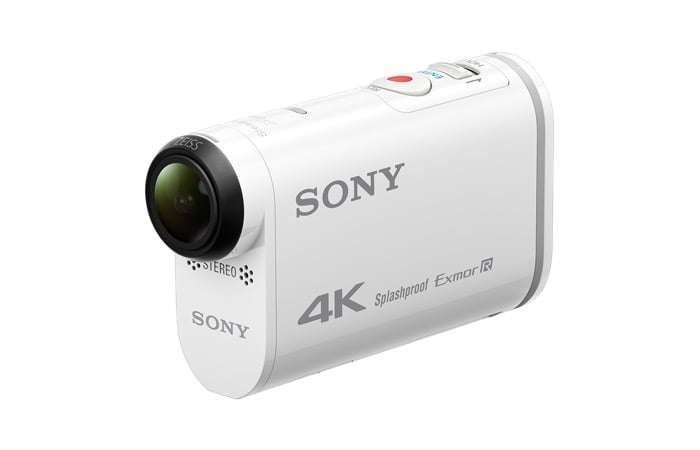 Sony has announced during the CES 2015 International Technology show that it will be launching a new 4K Ultra HD camera FDR-X1000V during March of this year priced at around $500 or with a Live View Remote for an extra $100.

Sony has equipped the FDR-X1000V 4K action camera with a ZEISS Tessar lens with an ultra-wide angle 170 degree field of view. Together with a back-illuminated Exmor R CMOS sensor and a BIONZ X processor. Sony explains :

“The new camera, model FDR-X1000V, applies the company’s vast expertise in 4K video production. Which can be played back on a compatible 4K TV directly from the camera through HDMI. It also features enhanced HD video performance with upgraded stabilization, image quality and high-frame rate shooting.

Additionally, the new camera borrows the acclaimed full pixel readout technology from other high-end Sony cameras including the popular α7 S. This allows the camera to read and process data from all of the sensor’s pixels to create exceptionally smooth, highly detailed 4K and HD videos in a variety of formats including MP4 and the high data stream XAVC S codec.”

For more information on the new FDR-X1000V Sony 4K action camera jump over to the Sony Blog website for details via the link below.