You might recognize the Sonim name as the company that made that “unbreakable” XP1 handset that was easily broken by a geek at CES back in January. Sonim has unveils its latest handset aimed at workers in harsh environments that work alone.

The device is called the XP3 Sentinel. The handset meets military specs for shock, water, dust, and humidity resistance. That all means you should be able to drop it and get it wet without the phone breaking. The XP3 also has another very useful feature. 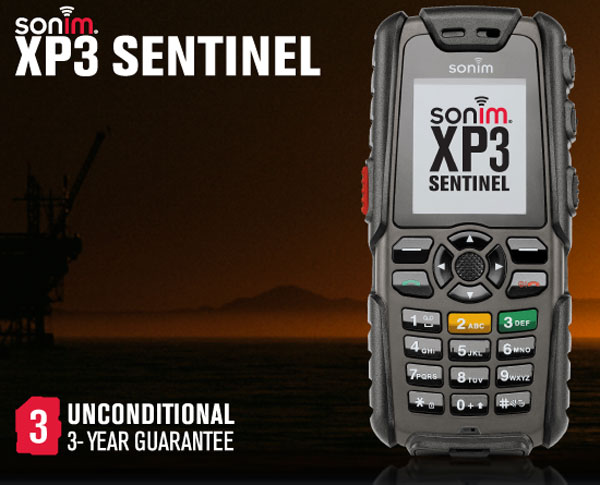 If the lone worker is injured in their harsh environment, the device has buttons that they can press to get help. The red button on the side calls for help even when the phone is locked and sends GPS location information to a monitoring station. The amber button asks for close observation, and the green means that the worker has started or ended a shift.