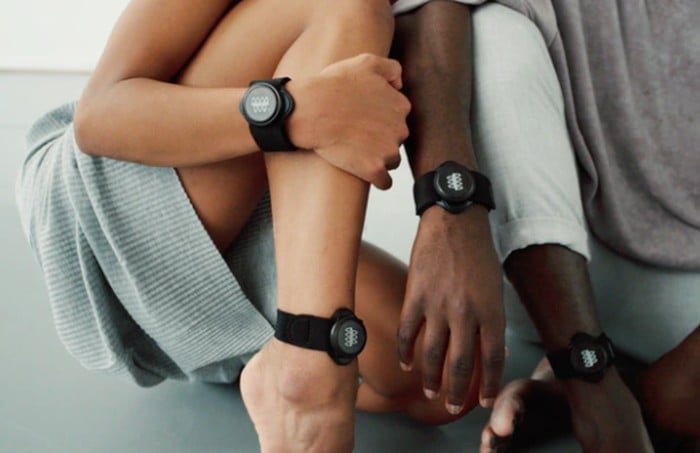 Anyone looking to transform movement into sound may be interested in a new wireless wearable system called the SOMI-1 which has launched via Kickstarter this month. Each SOMI-1 sensor provides eight different motion parameters all of which can be used independently to control or trigger sound. Sounds can either be generated from the SOMI-1 phone application which also includes a number of different presets straight out-of-the-box or by any instrument or music software that is compatible with MIDI.

The motion data of the SOMI-1 sensors is received wirelessly via Bluetooth 5 by the SOMI-1 hub, that connects to your sound source via USB or TRS-MIDI. Up to six sensors can be used simultaneously with a single SOMI-1 hub to create  soundscapes and allow multiple artists to operate together to create unique sounds from their movements. 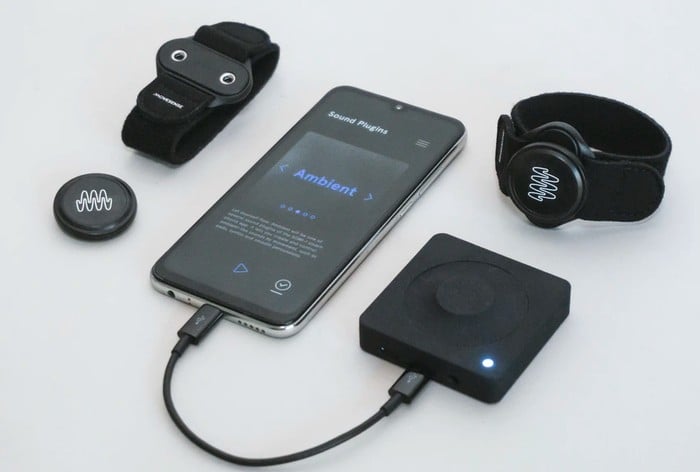 Early bird pledges are now available for the innovative project from roughly $437 or £324 (depending on current exchange rates), offering a considerable discount of approximately 43% off the retail price, while the Kickstarter crowd funding is under way.

“SOMI-1 is a highly precise sensor technology that measures movement and transforms it into sound in real-time. The Bluetooth sensors can be worn as wearables on the wrists and ankles, turning the user into an instrument. The app already comes with a bunch of different soundscapes like Nature, Ambient or Club and will be expanded bit by bit.”

If the SOMI-1 campaign successfully raises its required pledge goal and manufacturing progresses smoothly, worldwide shipping is expected to take place sometime around August 2022. To learn more about the SOMI-1 transforms movement into sound project checkout the promotional video below.

“Easy Usage, Unique Result – With the SOMI-1 app, sounds can be created and controlled directly from a mobile device (iOS and Android). By using the app’s various sound plugins and corresponding presets, users can instantly and easily control sounds in combination with the SOMI-1 wearables without any pre-knowledge. If you want to go deeper into the settings, the app offers the opportunity to change movement mappings and add sounds.” 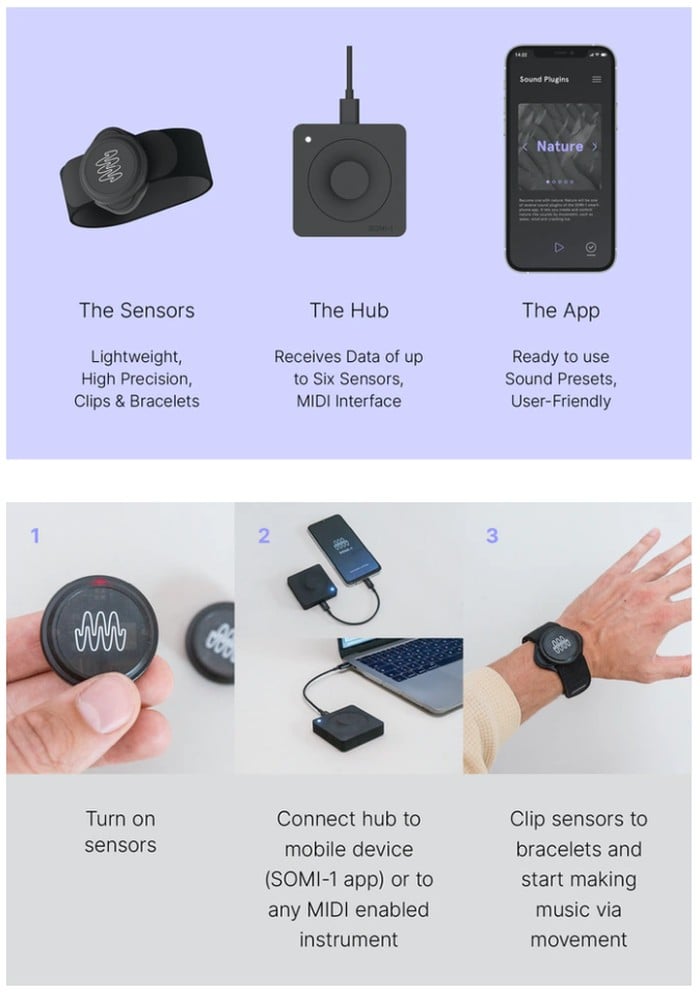 “Each motion sensor parameter is sent as a (high resolution) MIDI Control Change message. Furthermore, each sensor can be used to trigger or play notes. You can either use the USB-MIDI ports or the TRS-MIDI port, making SOMI-1 compatible with traditional DIN-MIDI hardware as well.”

For a complete list of all available pledges, stretch goals, extra media and technical specifications for the transforms movement into sound, jump over to the official SOMI-1 crowd funding campaign page by following the link below.