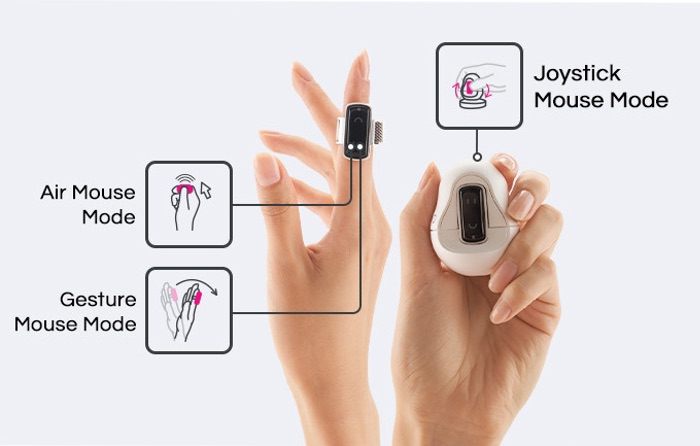 A new finger mouse equipped with artificial intelligence has launched via Kickstarter this month in the form of Snowl. The small computer peripheral can be paired with multiple Bluetooth devices allowing you to quickly and easily switch between devices such as smartphones, tablets and computers. Snowl is equipped with 9DoF technology providing users with “intuitive” gesture control over their devices with minimal latency, says its creators.

Early bird pledges are now available for the interesting project from $99 or £77. If the Snowl finger mouse Kickstarter campaign is successful and the project progresses smoothly, worldwide shipping is expected to take place sometime around March 2021. To learn more about the Snowl finger mouse project view the promotional video below. 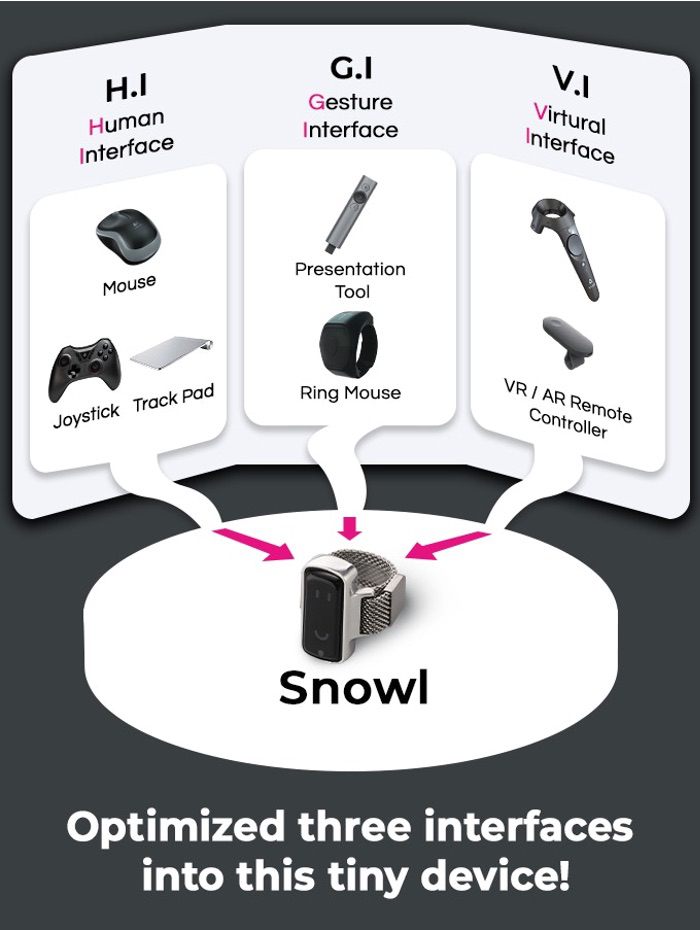 “Snowl is a wearable ring-shaped device that brings 3D range of motion to devices that are traditionally 2D such as touch screens and computer mice. With Snowl, you can experience precision control over your favorite devices through three motion tracking modes: Air Mouse mode, Gesture Mouse mode Joystick Mouse mode.”

“Snowl has the functionality of a mouse and a touchpad for Human Interface, useful for presentations through a Gesture Interface and acts as a VR controller through a Virtual interface. All of these interfaces are combined into one small device. While it replaces the traditional mice, it also makes it easy to control various devices, including tablet computers, smartphones and smart TVs. And since it’s worn as a ring you can perform a variety of actions.”

Snowl offers three modes Bluetooth, Gesture Machine Learning which learns the natural gestures of your hand movements and tracks your finger gestures. The Snowl charging cradle not only acts as a charging case, but can also be used as a joystick mouse if desired. For a complete list of all available special pledges, stretch goals, extra media and more features, jump over to the official Snowl finger mouse crowd funding campaign page by following the link below.