Researchers at Hasso Plattner Institute in Potsdam, Germany have unveiled a new technology which could revolutionise the way we play games and interact with our smartphones.

The development team has this month unveiled a new Smartphone Force Feedback Technology that uses electrical muscle stimulation (EMS) to mimic signals that the central nervous system sends to activate muscle groups, rather than using motors to power the vibrating “rumblers” used in game-console controllers. 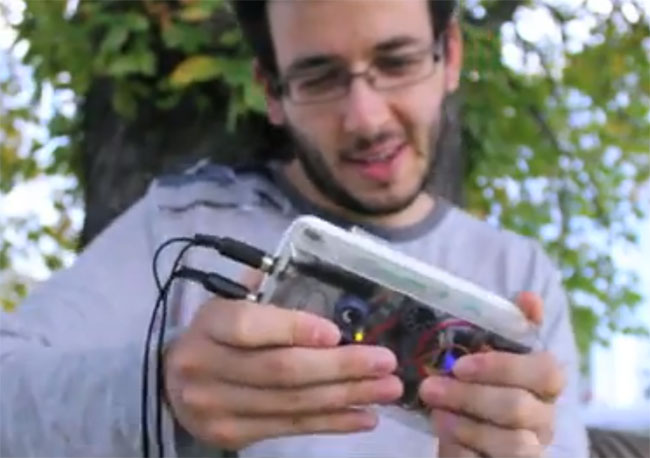 The force feedback technology creates forces that feel you are fighting the smartphone and provide gaming feedback during play. Developer Pedro Lopes explains:

“In tests, 10 people played a specially designed video game – in which aircraft had to fight against a strong wind from a giant wind turbine – and compared the new technique with the smartphone’s conventional rumbler. “All of them preferred our mobile force-feedback over traditional vibrotactile feedback,” Lopes claims.”

Watch the video after the jump to learn more about the smartphone force feedback project and see it in action. The new force feedback technology will be demonstrated at the Human Factors in Computing Systems conference in Paris, in April 2013.