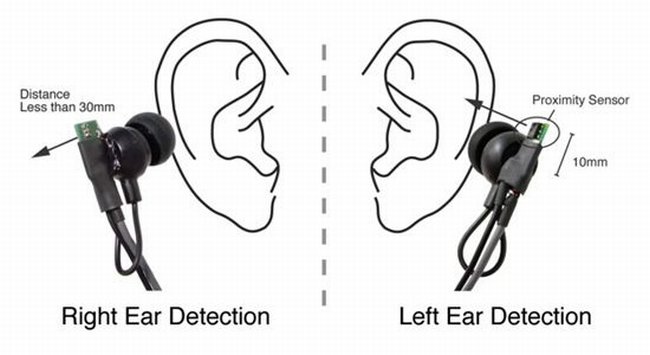 People nowadays, are fond of listening to some music while seating on a bus, drinking coffee, and those who just wanted to throw themselves to the couch and listen their favorite music all day, have been using different kinds of earphones.

However, there are times that a person gets distracted from his music then mixing up the left and right earphones, placing it on the wrong ear. This kind of instance makes the person hear the music but not totally be able to experience and feel the real music of the artist behind of a certain song.

In this case, the research team at Igarashi Design Interfaces Project which can be located at Tokyo had invented an earphone which they called the Universal Headphones.

This type of earphones helps two people sharing a pair of earphones in hearing the real music which is not set at a mono mode only.

Not only does this earphones help during a time of intermingling with friends in listening music but it has also the ability to detect whether the left earphone is placed on the proper ear, then if it is not placed correctly, the stereo channel which comprises and audio circuit transmits itself to the proper ear.

This is only the beginning of an innovation to an invention.