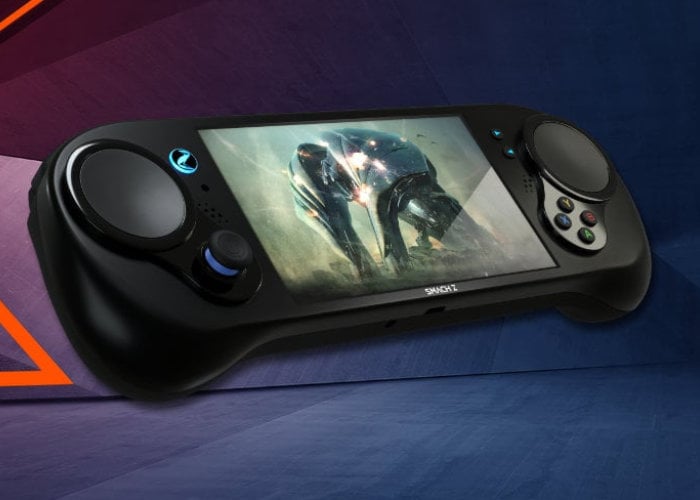 As announced before the start of this year’s E3 2019 games conference, the development team responsible for creating the Smach Z handheld gaming PC have been showcasing their device at this week’s gaming conference. Providing visitors with a chance at getting a little hands-on demonstration with the highly anticipated handheld PC gaming system that has been a number of years in development. Check out the videos kindly uploaded to YouTube below for a quick overview of what you can expect from the handheld gaming PC. 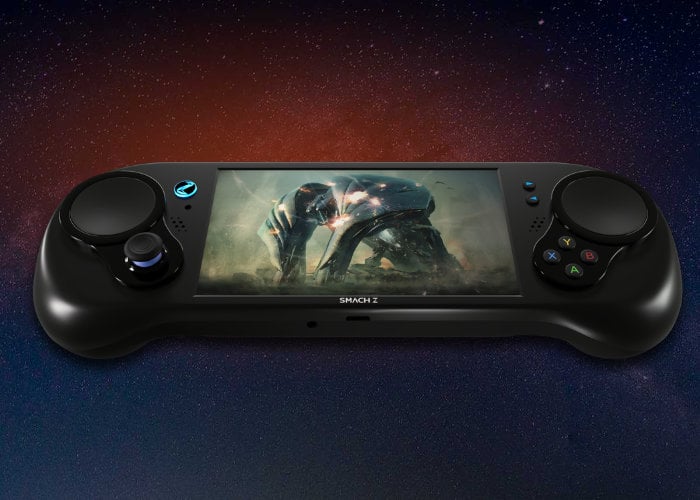 The Smach Z ispowered by an AMD Ryzen Embedded V1605B processor supported by Radeon Vega graphics And is equipped with a 6 inch touchscreen display offering users a resolution of 1920 x 1080 pixels. Rocket League runs at around 50 fps on the Smach Z, and the 2016 version of Doom stays just over 30 fps, unfortunately though other games such as Monster Hunter World could only hit 17 frames per second explains the Toms Hardware website. Although Smach is developing a “powered dock” that will allow the processor to run at 25 watts rather than the 15w on battery.