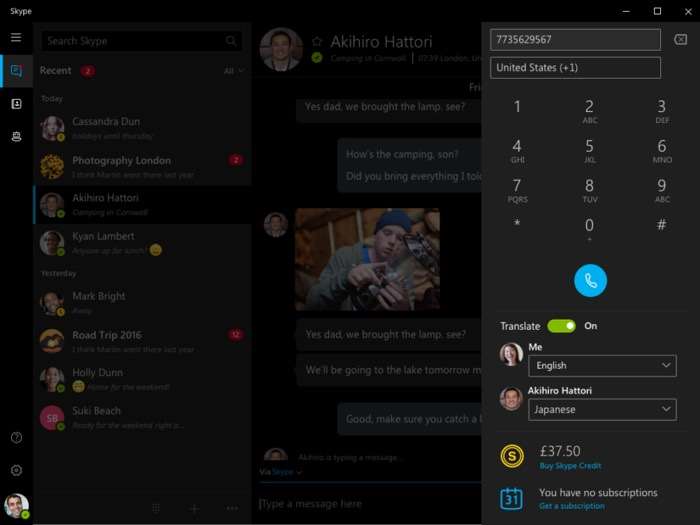 Skype has announced that it has added its 10th language to the Skype Translator, it now supports Japanese.

Sky users can now make real time vice and video calls in Japanese and have it automatically translated, Microsoft are also adding Japanese to their other translation services.

Today, we are thrilled to announce another Skype Translator milestone: Skype users around the world will now be able to make real-time voice and video calls in Japanese, in addition to the nine other spoken languages of English, Spanish, French, German, Chinese (Mandarin), Italian, Portuguese (Brazilian), Arabic, Russian, and over 60 IM languages. In addition to today’s newest addition to Skype Translator, Japanese will also be available on all Microsoft Translation services, including Microsoft Translator Live.

Japanese has commonly been noted as one of the most difficult languages for native English speakers to learn, due to its entirely different grammatical structure and vocabulary belonging to the Japonic linguistic family. Japan has also become a beloved destination for both tourism and business, and we’re excited for the potential benefit Skype Translator will bring to Japan, the community and our users.

You can find out more details about the Skype Translator feature over at Skype at the link below.