Last week we told you that an iPad version of the popular SkyFire browser app had been submitted to Apple for approval, good news as it is now available in the App store.

One of the main features of the SkyFire iPad app, just like the iPhone version is that it will let you play Flash videos on your iPad, it does this by converting the Flash video to HTML5 using its servers. 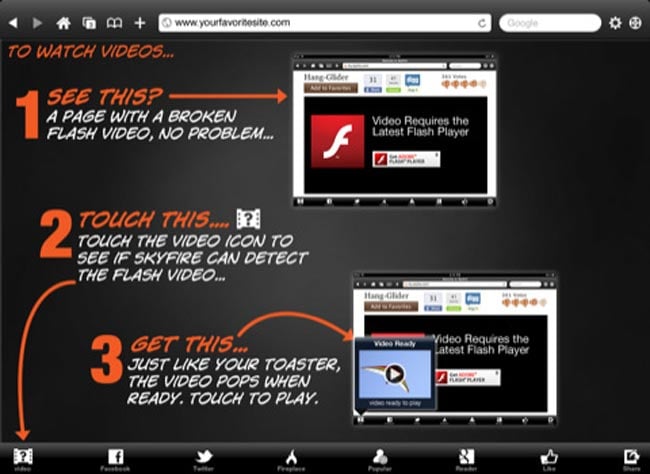 The iPad version also has a range of other features which include social network integration with Facebook and Twitter, and it is available now from the iTunes App Store for $4.99.