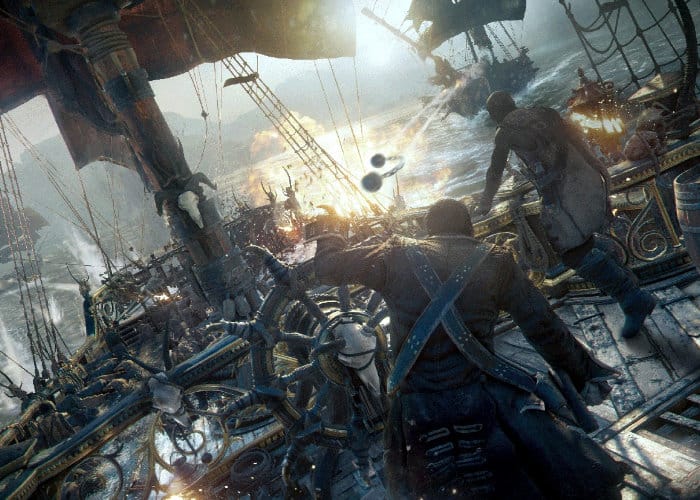 Following on from the cinematic trailer released by Ubisoft at E3 2018 this week for the upcoming and highly anticipated pirate adventure game Skull & Bones, the game’s developers Ubisoft Singapore have released a new gameplay walk-through entitled “The Hunting Grounds”. Providing a quick glimpse at what you can expect from the multiplayer open world environment that the Skull & Bones game will provide players.

Skull & Bones is the first video game led by developer Ubisoft Singapore, which based its concept on the naval battles of Assassin’s Creed IV: Black Flag. Towards the end of the development process players will be able to aid in the fine-tuning of its live-service aspects with the community program, “Keepers of the Code”. Watch a demonstration of the gameplay you can expect from the new pirate adventure game currently under development.

“Wind positioning can be assessed to gain an advantage in battle. Players may collect additional ships throughout the game, such as sloops-of-war, frigates and brigantines, whose weapons include mortars, broadside cannons, and rockets. Ships can be charged into with brute force and boarded. The rate of inflicted damage is gauged by the health bar. A core component is the multiplayer mode Loot Hunt, where two groups of players are challenged in treasure hunting to further accumulate their riches.”

Skull & Bones will be officially launching on the PlayStation 4, Xbox One and Windows PC systems sometime during 2019. As soon as more information is made available and a confirmed release date announced we will keep you up to speed as always.