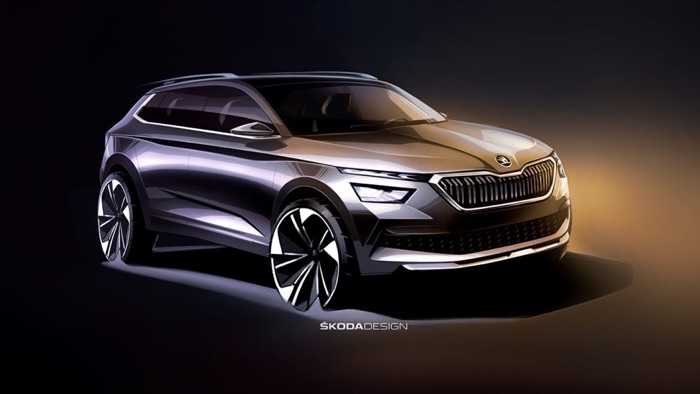 The Skoda Kamiq is a new SUV that the car maker is getting ready to launch and now Skoda has released some sketches of the car.

Skoda will be unveiling their new SUV at the 2019 Geneva Motor Show which takes place next month.

Another bold component on the fascia is the broad grille featuring the double ribbing common to all ŠKODA SUVs. The side profile will reveal the high bonnet and balanced proportions of the entire car, while highlighting the new model’s dynamic and sporty concept.

The rear lights will retain the C-shape – the tell-tale sign of a ŠKODA, but this will be freshly interpreted. An eye-catching feature on the fifth door will be the ŠKODA name in letters in the centre. The new ŠKODA KAMIQ, an urban crossover, will be making its world première at the Geneva Motor Show in March.

As soon as we get some more information about the new Skoda Kamiq SUV we will let you guys know.