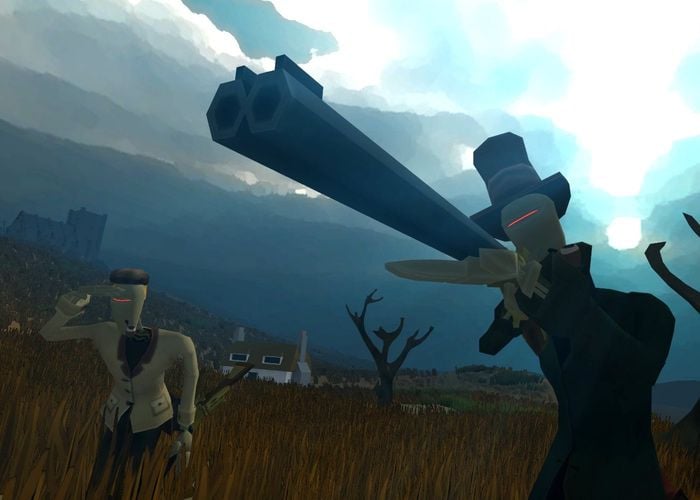 Big Robot, developers of the awesome Sir, You Are Being Hunted game have this week released a new early multiplayer build of the game that can now be put through its paces.

Within the multiplayer early release players are located on a single island with a random biome. With only one person allows to escape and win the game. Watch the demo trailer below to to learn more.

It’s important to understand that this is a work in progress version of the multiplayer aspect of Sir and as such there are plenty of bugs and missing features in the current build. As before with the single player, we’ll be updating and improving as we go. Some things behave differently in Multiplayer compared to the Singleplayer game. Here are a few things to be aware of:

-- The Stone Circle now operates on a timer (see above).
-- The Scanner can now detect Fragments stashed in houses or other loot containers.
-- Players Respawn on death.
-- Fragments that are on Player corpses will return to their original positions when the corpse despawns.
-- The Loot tables have been substantially altered for MP. Expect to find more gear than you do in SP.
-- The Robot Spawn tables have been altered. At the moment there are only 3 NPC types in the MP game: Hunters, Riders and the Balloon. We are planning to add some more in future updates (though probably not the full SP compliment for reasons of balance and population).

For more information on getting started playing the multiplayer version of Sir, You Are Being Hunted jump over to the Big Robot website, using the link below. Where step-by-step instructions have been provided by the game’s developers.