Sharp has taken the wraps off a new addition to their range of ultra-HD TVs this week with the unveiling of a new 32 inch Sharp IGZO PN-K321 display, which is equipped with a resolution of 3840 x 2160 (4K2K).

Using the IGZO technology the Sharp IGZO PN-K321 32 inch display features a case with a depth of just 35 mm, and has been created using a semiconducting material. 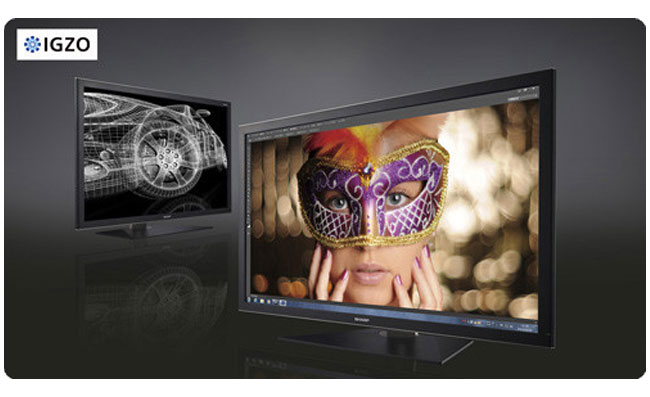 Which can be used as the channel for a transparent thin-film transistor, replacing the amorphous silicon for the active layer of an LCD screen, says Sharp :

“The PN-K321 is Sharp’s latest ultra-high-definition display and features smaller transistors (TFTs) in the LCD panel compared to conventional displays, thereby increasing the amount of transmitted light per pixel,”-“Because 4K2K displays enable clear, crisp display of large amounts of information ranging from small text to detailed images on one screen, they boost operational efficiency by sparing users the need to scroll frequently.”