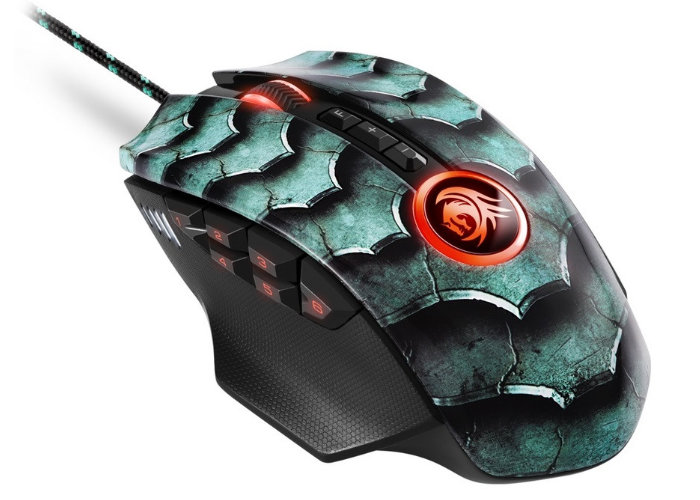 If dragons and MMO’s are your thing then you may be interested in the new gaming mouse unveiled by Sharkoon in the form of the Drakonia II. As you can see by the images above and below the gaming mouse is finished a distinctive dragon-scale design. Internally the Sharkoon Drakonia II gaming mouse is equipped with an optical PixArt 3360 sensor, offering a maximum of 15,000 DPI and offers the ability to select between six customisable DPI levels.

The Drakonia II is fitted with twelve programmable buttons offering a wealth of applications for MMO gamers. The thumb button, the scroll wheel and the Drakonia logo are all supported with RGB illumination. The Sharkoon Drakonia II is now availableIn either black or green finishes and is priced at an affordable €40.

“The white illuminated DPI indicator has the essential function of signaling which level is currently selected. For further precision and a more individualized operation, the Drakonia II has an internal weight tuning system consisting of five weights, each weighing 5.6 grams, adjusting the weight by up to 28 grams in total.” For more details jump over to the official Sharkoon website by following the link below.