Bridgestone has this week unveiled their new second generation Bridgestone Airless-Tires, revealing that the designs are edging closer to being a viable consumer product, available for use on our cars and roads in the future.

As some of out reader might remember last week Polaris unveiled their new Sportsman WV850 ATV that came equipped with Airless-Tires and was the very of its kind to be made available to the public, after being developed for the military and based on the companies U.S. army’s MV850 ATV. 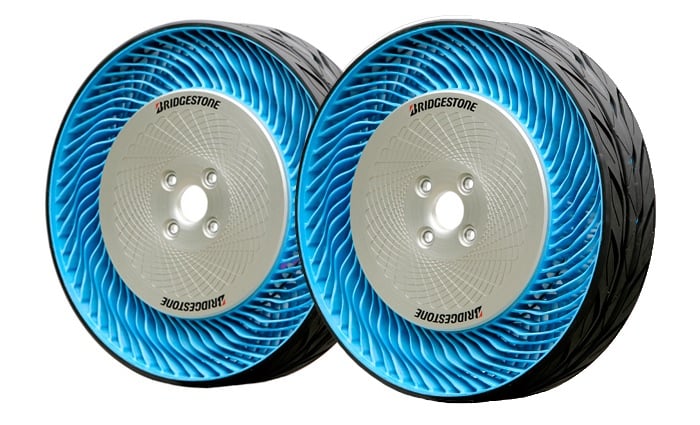 Bridgestone revealed its second generation Air Free Concept (Non-Pneumatic) Tire at the 43 Tokyo Motor Show 2013 this week and has been created to provide both an environmental design and driving performance. 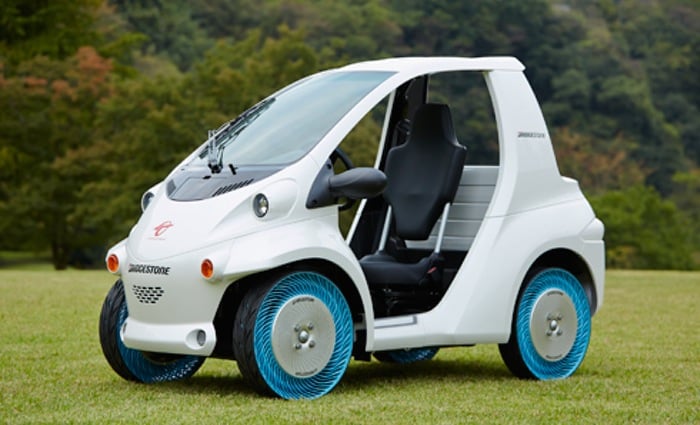 The new Bridgestone Airless-Tires pictured above have been designed with special shape spokes that stretched around the tire sides to support the load and require no air whats-so-ever to function.

For more information on the new Bridgestone Airless-Tires jump over to the Bridgestone website for details.