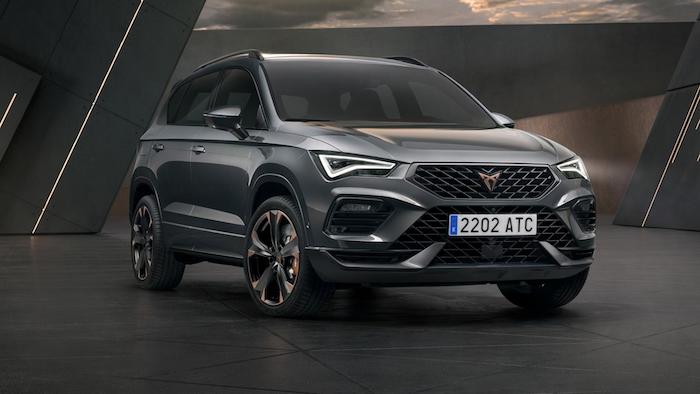 The new Seat Ateca SUV was made official last week and now Seat have unveiled a more powerful and sporty version, the Seat Cupra Ateca.

The Seat Cupra Ateca features a 2.0 litre turbo charged engine that produces 296 horsepower and comes with a 0 to 62 miles per hour time of just 4.9 seconds.

And with a diverse list of options, from the new range of alloy wheels, colours, interior options, the new CUPRA steering wheel with the engine start and CUPRA mode select button, and the Akrapovič exhaust system, there are numerous ways that customers can specify the CUPRA Ateca to best match their style.

You can find out more details about the new Seat Cupra Ateca SUV over at Seat at the link below.