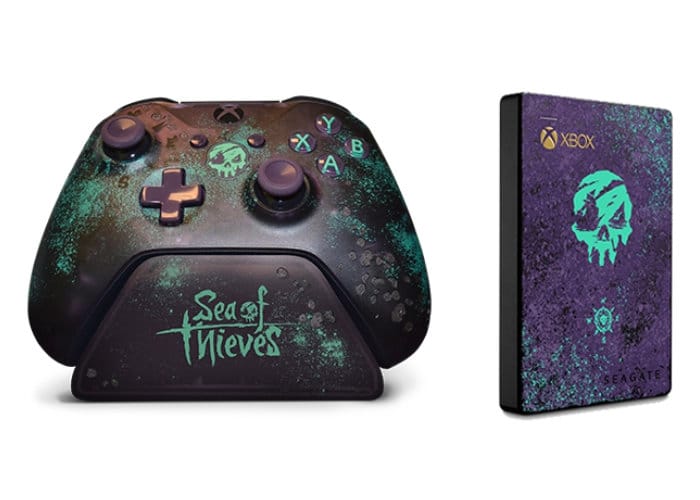 First unveiled back in December 2017 the Xbox Wireless Controller Sea of Thieves Limited Edition, is now available to preorder priced at $75 and features a deep purple translucent design with glowing skull and textured grip to make sure you can hoist the rigging even when the going gets tough. As you would expect the Xbox One controller is compatible with Xbox One X, Xbox One S, Xbox One and Windows 10.