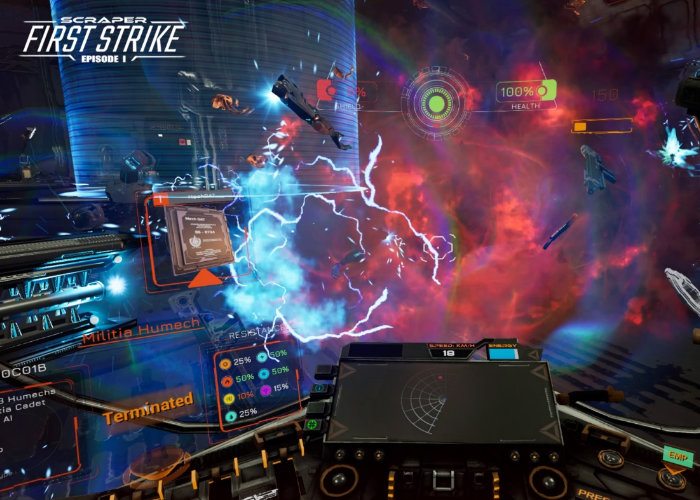 VR gamers may be interested to know that the standalone game, Scraper First Strike Episode I is now available on the PlayStation 4 in advance of the full Scraper game scheduled for release on console and PC in 2020. Check out the trailer below to learn more about what you can expect from the new game. “Scraper is an original RPG sci-fi shooter that delivers gamers to the future megacity of New Austin, Texas, where they must battle renegade robots in high-rise skyscraper complexes to save humanity.” Scraper First Strike will be available on PlayStation VR and Steam VR systems from November 21st, 2018 onwards.

Jim Ivon, founder of Labrodex Studios and the creator of Scraper explains more. “Our plan is to launch Scraper in phases. The first phase was the publication of Scraper: The Rise of Cifer, a novel that serves as a prequel to the game.” Written by bestselling author Ryder Windham, the novel introduces gamers to the world of Scraper, and to the main characters featured in the game. “The novel ends right where the game begins, with the heroes aboard a stolen dropship, on a mission to reclaim a Reactor Building that’s been seized by scores of enemy robots.”

For more details on the first person virtual reality shooter jump over to the official games website by following the link below.