Scosche have this week announced the launch of their new bassDOCK iPad speaker dock, which can be used with either first or second generation Apple iPads. Scosche bassDOCK is equipped with a 2.1 sound system with 40mm stereo speakers to deliver smooth mids and brilliant highs, together with a 3″ subwoofer to produce rich and powerful bass audio. 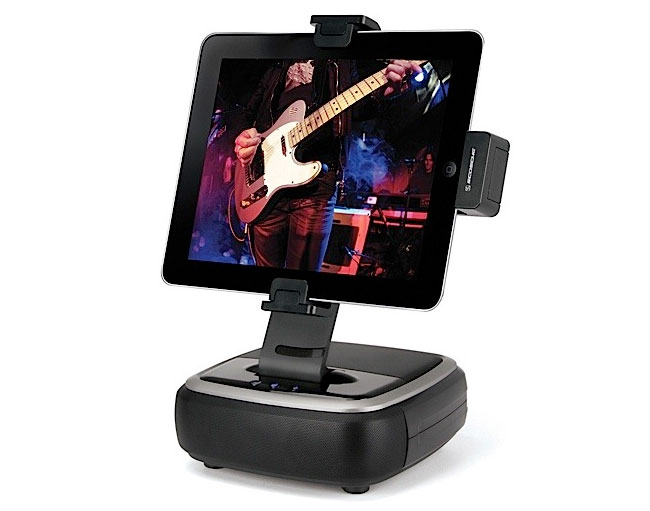 Whilst docked the bassDOCK will provide your iPad with a constant flow of 10 Watts (2.1 Amps) of juice, making sure that your iPad is charged as fast as possible. Kas Alves, Executive Vice President of Scosche Industries explains:

“The bassDOCK transforms the iPad into a complete entertainment system,”-“It provides the power, sound system and flexibility to make your movies, music and games come alive.”

The Scosche bassDOCK is now available directly from Scosche for $149.99. 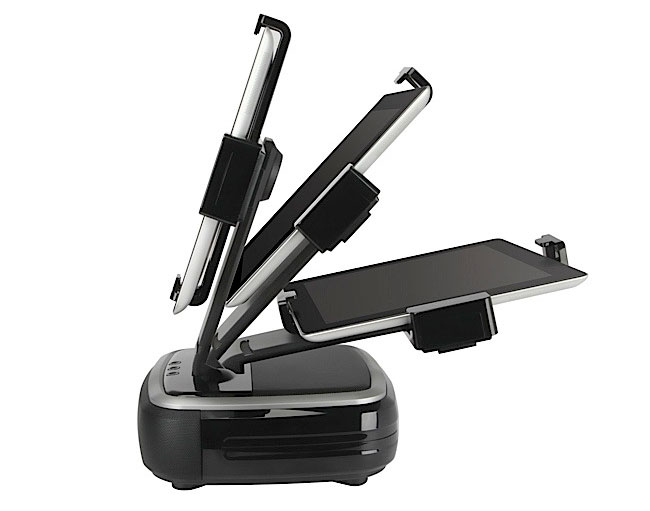