Scalado has this week unveiled their new smartphone application called Remove. Which has been created to help easily remove unwanted objects from photographs, with a simply selection process.

The Remove application can be set to automatically delete any problems it identifies, but can be set to a manual mode if you prefer more control over what is left in and taken out of the shot. Watch the video after the jump to see it in action. 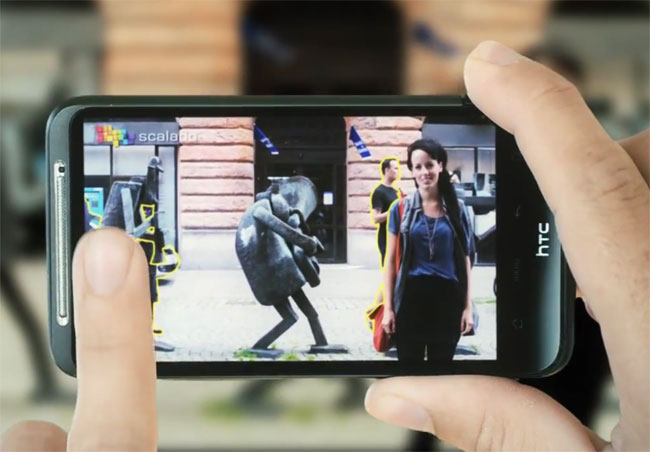 Scalado will be showcaseingtheir new Remove smartphone application at MWC 2012 later this month. Although no information has been released as yet to when we might see the new application arriving on smartphones. Scalado explains:

“When capturing photos in a busy area, like a public square or a concert for example, it is often difficult to get a clean shot without unwanted objects entering the frame. Now you can capture the shot anyway, and simply let the camera remove the people for you! Point your camera and take a photo. Afterwards you can remove anyone moving around, or select your friends and remove any strangers.”