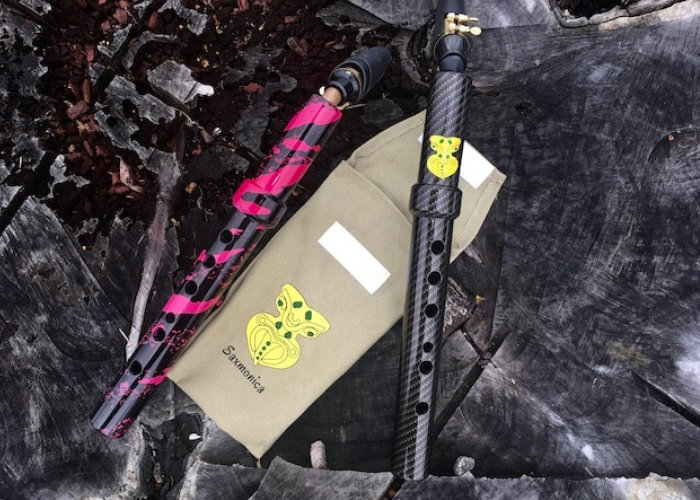 Building on the successful launch of their first Saxmonica, the New Zealand based musicians responsible for designing the instrument, have again returned to Kickstarter and successfully blasted past their required pledge goal thanks to over 450 backers with still 23 days remaining on their campaign. The second generation Saxmonica builds upon the first but now includes four new features, refinements and enhancements. Check out the demonstration video below to learn more about the second-generation Saxmonica.

Pledges are available from £27 or NZ$52 with worldwide shipping expected to take place during July 2019. New features included in the second generation include :