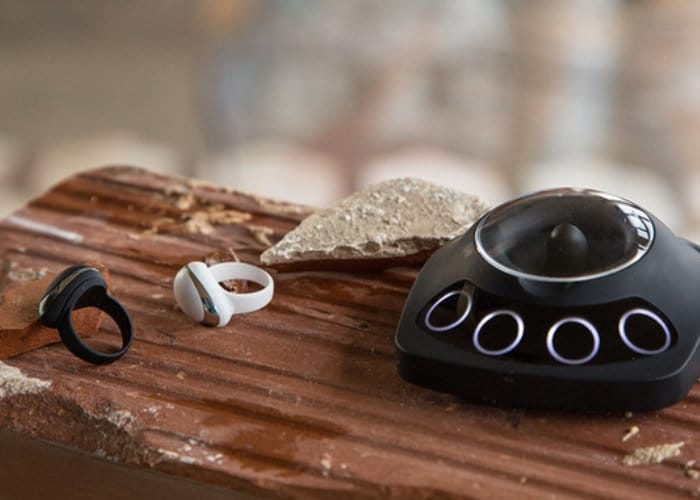 Musicians searching for an innovative way to add musical effects to their music as they play, may be interested in the Neova, a smart connected ring which has been specifically designed for musicians which uses simple and natural hand gestures. Watch the demonstration video below to learn more about the Neova ring and its features.

Neova has this week launched via Kickstarter and has already raised its required pledge goal of €50,000 thanks to over 210 backers with still 29 days remaining on its campaign. The Neova musical connected MIDI system comprises of two elements the ring used to capture movements and gestures and the hub that connects to your computer using a spare USB connection. “The whole is natively recognised as a MIDI controller by your computer and interfaces with every major DAW. Neova identifies specific gestures using 9 motion sensors embedded in the ring. Since it is a MIDI controller, every gesture can independently be assigned to any parameter of your DAW or your Plugins. The only limitation is your imagination.”

Enhancia the development team behind Neova, based in Grenoble, France has also developed a plug-in called Plume which has been specifically designed to be used with the ring and provides hundreds of preset sounds natively mapped to the Neova system. But can also be used to “encase others plugins and save a dedicated configuration”.

For more information and full specifications jump over to the official Kickstarter crowdfunding campaign page, where the Neova ring is now available to back with early bird pledges starting from €210 or approximately £182. If all goes well with production and manufacture worldwide shipping is expected to take place during March 2019.