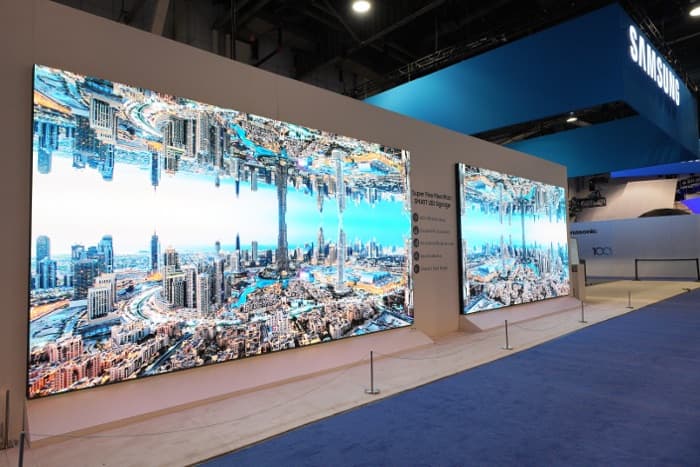 The Samsung The Wall TV has launched as a commercial device and now Samsung is planning to bring their MicroLED TVs to their home.

The device is made up of a number of microLED panels which are connected together to form a single display, as you can see from the photo when the panels are connected the device looks like a sinle display.

According to a recent report from The Korea Herald, Samsung are now ready for mass production of their The Wall display and they plan to launch a consumer version of the device.

This will apparently happen this year in September, so it looks like we may be hearing more about the device at IFA 2018 in September.