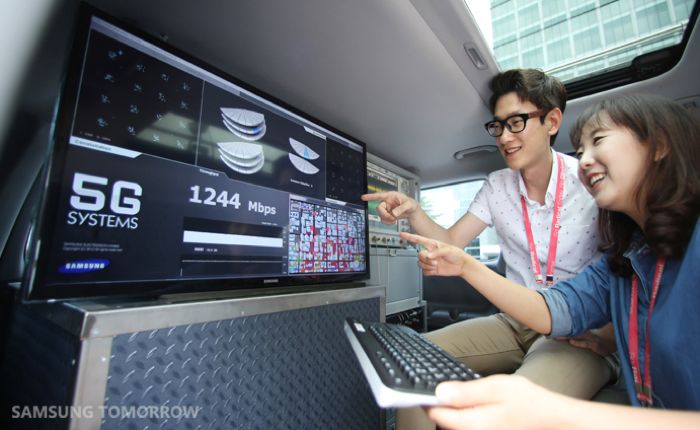 Samsung has announced that they have set a new 5G record of 7.5 Gbps, according to the company this is this is the highest speed achieved with 5G to date and 30 times faster than 4G LTE.

The news comes just a few days after Samsung announced that they had developed a new 60GHz WiFi with speed of 4.6Gbps, you can see more information below.

Samsung Electronics announced two industry first milestones in the development of 5G telecommunications networking technology, as the company clocked 7.5Gbps, or 940MB per second, the fastest-ever 5G data transmission rate  while in a stationary environment. The company was also the industry’s first to achieve uninterrupted and stable connection at 1.2Gbps, or 150MB per second, in a mobile environment from a vehicle travelling at over 100km/h.

“We will continue to build upon these milestones and develop advanced technologies that contribute to the 5G standard,” said ChangYeong Kim, Head of DMC R&D Center at Samsung Electronics. “In addition to leveraging our own global R&D capabilities, we will also continue to cooperate with other industry leaders and research centers across the world. Whether you are talking about mobile devices, the cloud, or the Internet of Things, the demand for 5G telecommunications standard and its supporting technologies will continue to grow.”

Samsung carried out the tests over a a 28GHz 5G network, back in May of 2013 the company achieved a spoeed of 1Gbps, so this latest speed is seven times faster than their previous tests.