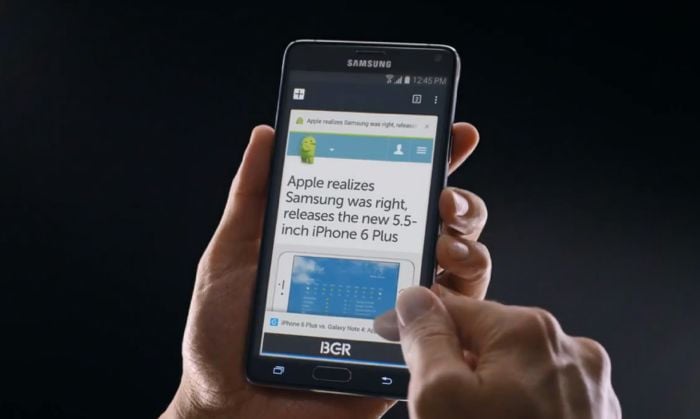 Last week we saw a number of videos from Samsung mocking Apple, and now Samsung has released its latest video advert for the Samsung Galaxy Note 4, and this time Samsung is calling the new iPhone 6 Plus an imitation.

The videos shows Samsung’s previous versions of their Galaxy Note Phablet, which was launch back in 2011, it also highlights what some of the technology press said about the device being too big.

Samsung hasn’t really had much competition with their Phablets over the last few years, their Galaxy Note range has been one of the top selling handsets in larger display devices, and it will be interesting to see if the new iPhone 6 Plus has any impact on their sales.

Apple has already reported record pre-orders of their new iPhone 6 and iPhone 6 Plus handsets, although as yet there are no details on how many devices they have sold so far.