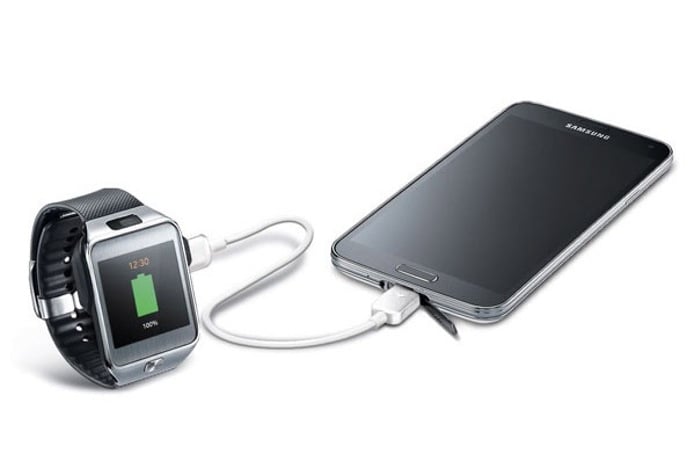 If you own both a Samsung smartphone and smartwatch you might be interested in a new cable called the Samsung Power Sharing Cable that can help you keep your smartwatch powered up by using a little power from your smartphone.

The Samsung Power Sharing Cable is a double-sided MicroUSB cable designed to work with a companion application called Power Sharing on Android devices.

The Power Sharing app enables users to select how much power they would like to share with their smartwatch from their smartphone whilst charging. Using a handy slider in the application allows you to restrict the amount of juice your transfer from your smartphone to your smartwatch. Making sure that there is always plenty of power left in your smartphone for those important calls.

“Stuck with a low battery and in need of a quick charge? With the Samsung Power Sharing cable1, you can now easily transfer power directly from your Galaxy S 5, Galaxy Tab S or other select Galaxy device to any micro USB-compatible device. The new Power Sharing cable gives multi-device users a versatile way to charge their devices – it lets users share the power of their Galaxy battery with either their own devices or a friends’ no matter where they are.” 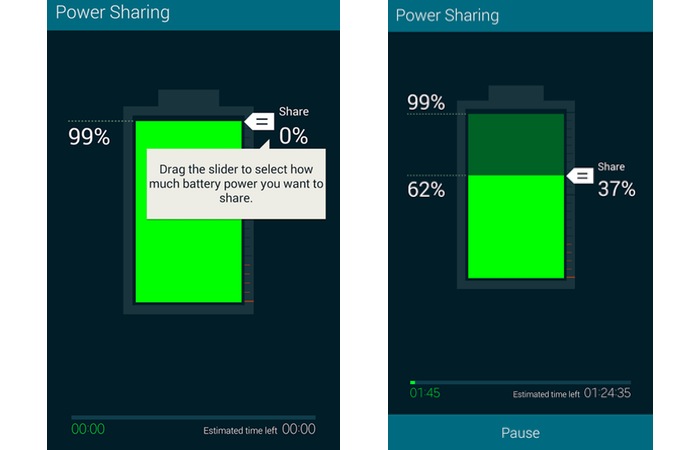