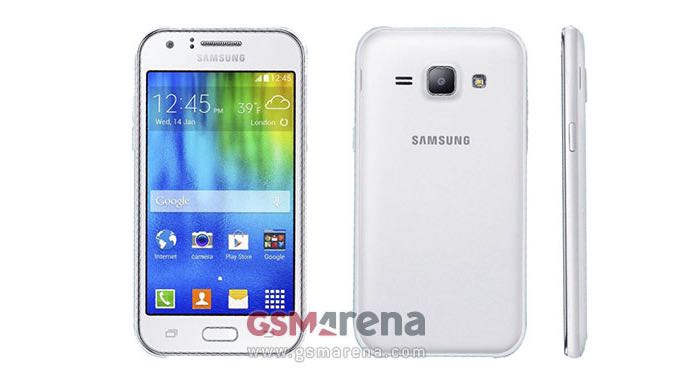 Details have been revealed of a new Android smartphone from Samsung, the handset is called the Samsung J1 and it appears top be an entry level device.

The Samsung J1 will come with a 4.3 inch display with a WVGA resolution of 800 x 480 pixels, the handset will be powered by a dual core 1.2Ghz processor.

Other specifications on the new Samsung J1 will include 512MB of RAM and 4GB of included storage, this can be expanded by a further 64GB via a microSD card slot.

The handset will come with Android 4.4 KitKat and the device will feature a 2 megapixel front facing camera and a 5 megapixel rear camera which is capable of 720p video at 30 frames per second.

The Samsung J1 will also come with WiFi, Bluetooth, WiFi Direct, A-GPS + GLONASS and it will be available in single and dual SIM versions. As yet there are no details on pricing or a launch date.