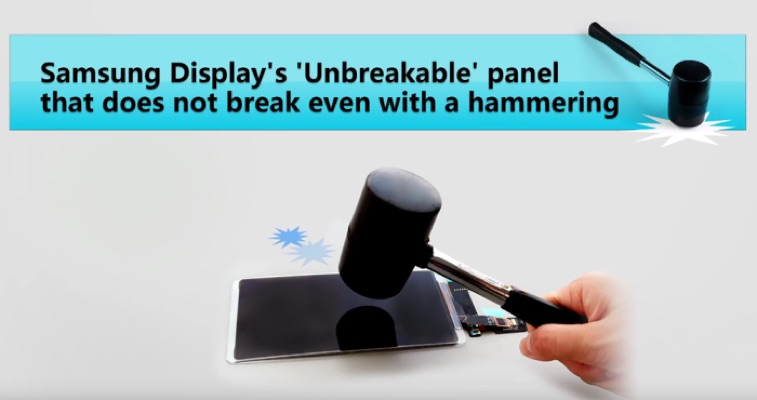 If you have ever dropped your smartphone you know how fragile the displays on devices can be, Samsung has apparently developed an unbreakable smartphone display.

This new display was developed by Samsung Display, it is a flexible OLED panel that features an unbreakable substrate, have a look at the video below.

“The fortified plastic window is especially suitable for portable electronic devices not only because of its unbreakable characteristics, but also because of its lightweight, transmissivity and hardness, which are all very similar to glass,” said Hojung Kim, general manager of the Communication Team, Samsung Display Company.

Samsung Display said that in addition to being used on smartphones, the newly developed display is expected to find viable markets with other electronic products such as display consoles for automobiles, mobile military devices, portable game consoles and tablet PCs for e-learning.

As yet there are no details on when this new unbreakable smartphone display will appear in a smartphone, it could possibly be used in next years Samsung Galaxy S10 and S10 Plus.