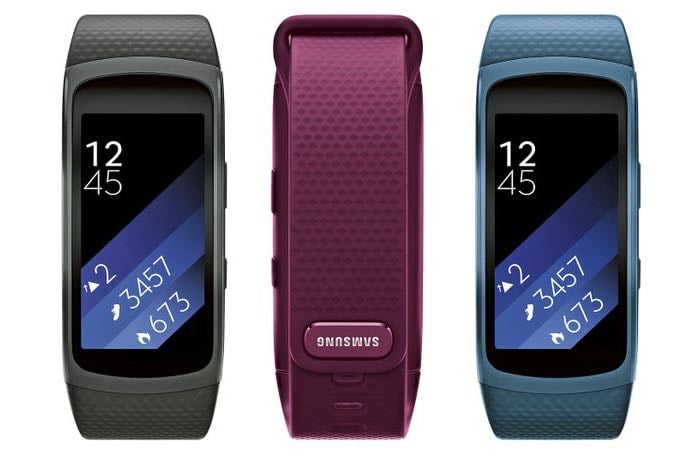 Now Evan Blass has posted a photo of the new Gear Fit 2 on Twitter, the device will come in three colors, black, pink and blue.

We previously heard that the Gear Fit 2 would come with a 1.84 inch AMOLED display and that it would feature 4GB of built in RAM, the device will also have an IP68 rating for dust and waterproofing.

Samsung Gear Fit 2 in, from left to right, black, pink, and blue. pic.twitter.com/JpceZY4igy

Samsung have yet to officially announce their new Samsung Gear Fit 2, as soon as we get some more details about this new fitness gadget, including a launch date and pricing, we will let you guys know.