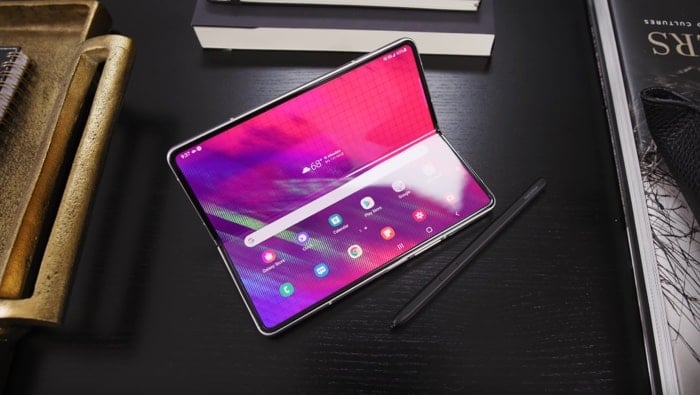 The new Samsung Galaxy Z Fold 3 launched yesterday and the device has had a number of upgrades over the previous smartphone.

Now we get to find out more details about the new Samsung Galaxy Z Fold 3 smartphone in a new video from Marques Brownlee. The video gives us a look at the design and also the new features and changes on this new folding smartphone.

The handset comes with a Snapdragon 888 processor and it also comes with 12GB of RAM and a choice of 256GB or 512GB of storage.

On the back of the handset there is a three camera setup, all three cameras are 12 megapixels and include a wide angle, ultrawide and a telephoto camera. The handset come with a 4,400 mAh battery and fast charging.

Pricing for the new Galaxy Z Fold 3 starts at £1,599 and the device will come in a choice of three colors, Phantom Silver, Phantom Black, and Phantom Green.