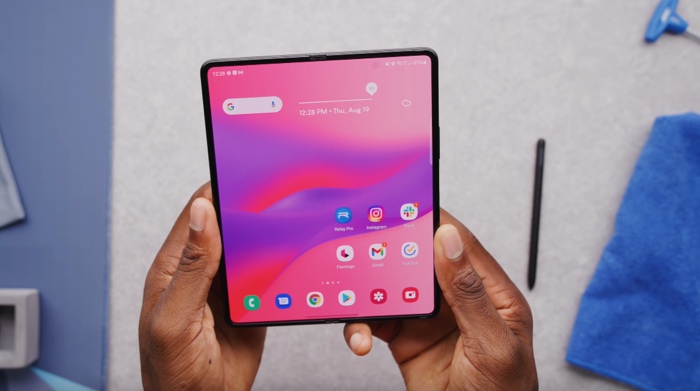 The new Samsung Galaxy Z Fold 3 launched recently, we previously saw a hands on video of the handset and now we have a review video.

The video below from Marques Brownlee gives is a look at the new Samsung Galaxy Z Fold 3 and its range of features.

As a reminder the handset comes with a Qualcomm Snapdragon 888 processor and it also comes with 12GB of RAM and a choice of 256GB or 512GB of storage.

There is also a 4,400 mAh battery and it comes with fast charging and Android 11, it also comes with a range of cameras.

The device also comes with support for the Samsung S Pen and it is available in three colors, Phantom Black, Phantom Green, and Phantom Silver. The device starts at £1,599.