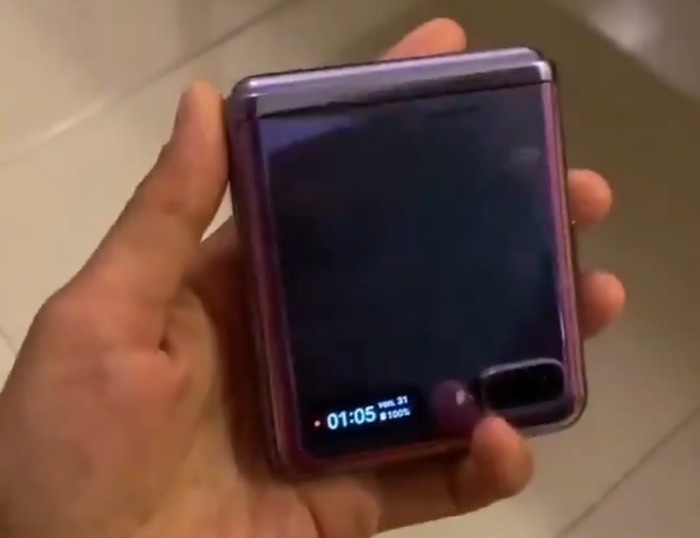 We have been hearing a lot about Samsung’s latest folding smartphone,  the Samsung Galaxy Z Flip, we have seen photos of the device and know many of its specifications.

Now a video has been posted on Twitter by Ben Geskin which shows us how the handset will fold, this can be seen in the tweet below.

The handset will come with a Snapdragon 855 mobile processor and 8GB of RAM, plus 256GB of storage and it will feature a 6.7 inch display with a resolution of 2636 x 1080 pixels.

The Galaxy Z Flip will come with dual 12 megapixel cameras on the back and a single 10 megapixel camera on the front for Selfies. The handset will be made official at the Samsung Unpacked press event along with the Galaxy S20 on the 11th of February.