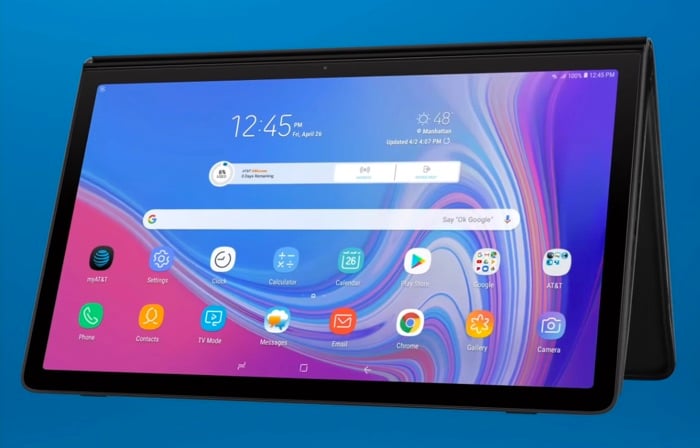 Yesterday we saw some leaked renders of the new Samsung Galaxy View 2 tablet and now the device is official and it will be launching with AT&T in the US.

The Samsung Galaxy View 2 has been shown off in a new YouTube video from AT&T, the company has not revealed how much it will retail for.

The tablet comes with a 17.3 inch display with a Full HD resolution and it is powered by a Samsung Exynos 7885 processor and comes with 3GB of RAM.

AT&T have yet to give an exact release date for the new Galaxy View 2 tablet, as soon as we get some more information, we will let you guys know.