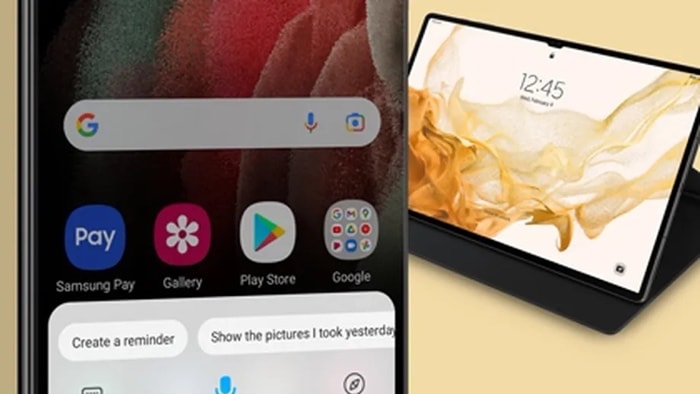 We have been hearing rumors about the new Samsung Galaxy Tab S8 Ultra smartphone for some time and now the device has briefly appeared on Samsung’s website.

The photo above is an official photo of the tablet that was listed on Samsung’s support website, it has now been removed, but it does confirm some details about the device.

What the photo above does confirm that the new Samsung Galaxy tablet will feature a notch at the top of the device when in landscape mode.

Last month we heard some more specifications on this new Android tablet, the device will come with a 4.6-inch display with a WQXGA+ resolution of 2960 x 1848 pixels and it will apparently be powered by the new Qualcomm Snapdragon 8 Gen 1 processor.

Samsung will apparently unveil this new Samsung Galaxy Tab S8 Ultra along with some other tablets next month, we are expecting them to be announced at the Samsung Galaxy S22 launch event.