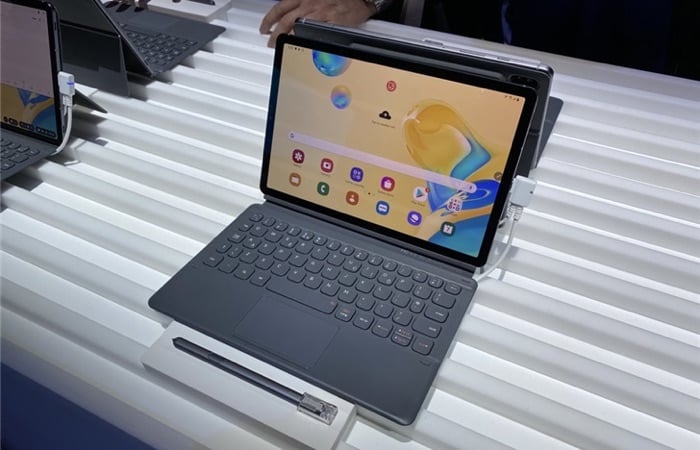 Samsung is expected to release its latest Android tablets this year and keeping in line with its current naming scheme the tablet is expected to be called the Samsung Galaxy Tab S20.

The Samsung Galaxy Tab S20 will apparently be available with a choice of two different screen sizes, 11 inches and 12.4 inches.

These tablets will replace the Galaxy Tab S6 and they apparently have the model numbers SM-T970 for the 11 inch tablet and SM-T975 for the 12.4 inch tablet.

Samsung are looking to compete directly with Apple’s iPad Pro which is available in two sizes, 11 inches and 12.9 inches. The current Galaxy Tab S6 comes in one display size which measures 10.5 inches.

We can also expect these new tablets to get a number of other upgrades as well as larger displays, we wonder if they will also feature a LiDAR scanner like Apple’s new iPad Pro.

As yet there are no details on when the new Samsung Galaxy Tab S20 tablets will launch, as soon as we get some more details we will let you guys know.