Earlier today Samsung took the wraps off their latest Galaxy Tab tablet, the Galaxy Tab 8.9, and we just received the official press photos from Samsung which shows this new ultra thin tablet.

The Samsung galaxy Tab 8.9 measures just 8.6mm thick, making it thinner than the new iPad 2, and it weighs in at just 470g, and it comes with Google Android 3.0 Honeycomb and a custom Touchwiz UI from Samsung. 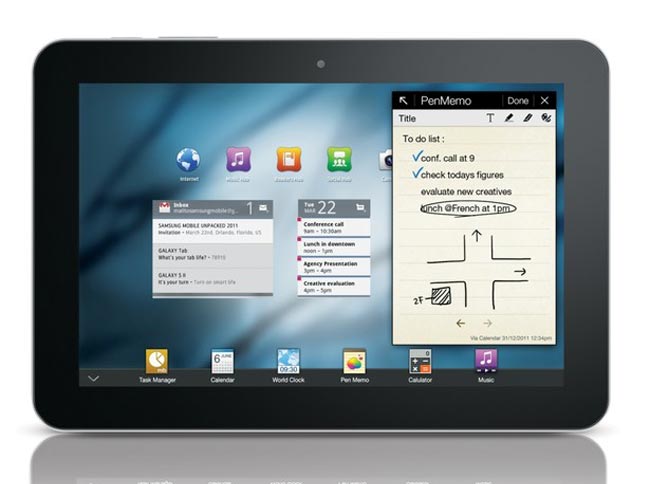 We suspect that the new Samsung Galaxy Tab 8.9 will be a popular tablet with Android fans, and considering the pricing and the thinness of the device it may just be able to take on the new iPad 2.