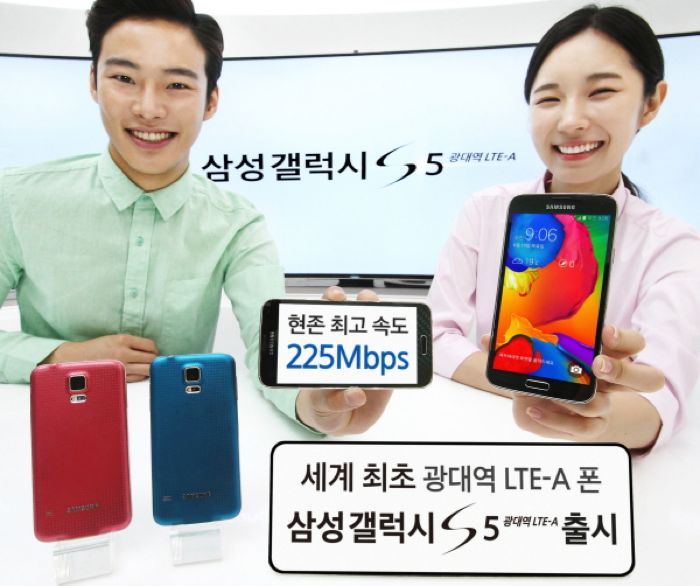 Yesterday Samsung announced a new faster version of their Galaxy S5 smartphone, the Samsung Galaxy S5 LTE-A, and the handset has launched in South Korea.

At the time of announcement, Samsung said that the device would only be available in South Korea, and now the company has confirmed that they have no plans to launch the Samsung Galaxy S5 LTE-A outside of their home country.

The handset comes with a number of upgrades over the original S5, and we have been hearing about the handset for months, as the Galaxy S5 Prime.

The Samsung Galaxy S5 LTE-A features a 5.1 inch QHD display with a resolution of 2560 x 1440 pixels, it also comes with a quad core 2.5GHz Qualcomm Snapdragon 805 processor and 3GB of RAM.

There is also 32GB of storage, plus a microSD card slot that will take up to 128GB cards and an Adreno 420 GPU, the handset also comes with the same cameras as the original.

Another major new feature on the Samsung Galaxy S5 LTE-A is a faster LTE in the form of LTE-Advanced, this offers download speeds of up to 225Mbps.

It is probably a good move for Samsung not to launch the Samsung Galaxy S5 LTE-A outside of South Korea, as people who purchased the original S5 would be less than pleased about a faster handset coming out just a few months after the original S5.