Last week the name of the new controller was uncertain but it now looks like the Samsung Galaxy S4 peripheral is called the Game Pad, after all. 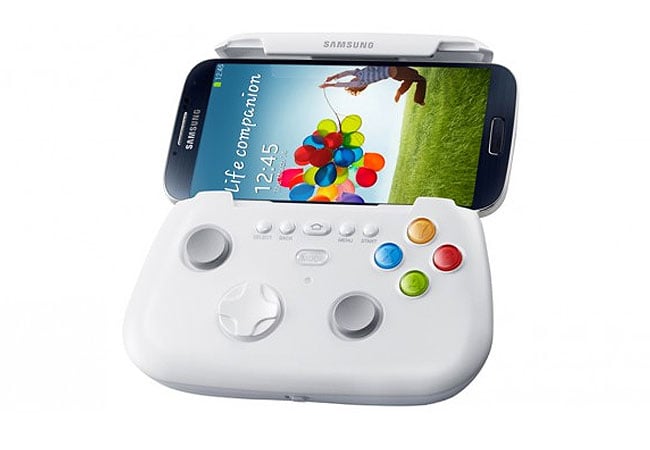 “Take advantage of the Galaxy S4’s octal-core (eight processing cores) processor by transforming it into a powerful mobile gaming device. Enjoy blistering game speed and impressive graphics on your S4 by combining it with the official Samsung S4 Game Pad.

Designed for the Galaxy S4, the Samsung Game Pad includes an adjustable clamp design which securely holds your phone securely within the pad so you can game on the go. Because it is suitable for 4″ – 6.3″ the Samsung Galaxy S4 Game Pad can be used with even the largest smartphones.”

“The Samsung Galaxy S4Game Pad includes all of the controls and buttons you would expect on a console-based games controller. These include select, start, back, home and menu buttons as well as four action buttons, shoulders keys, an omni-directional d-pad and dual analog sticks. This ensures that you can play your mobile games just as you play console games with all the interactivity and gaming performance a quality gaming pad provides.”