To make these rumors stronger, an image has been leaked that shows Samsung Galaxy S3 running Android 4.3 Jelly Bean. 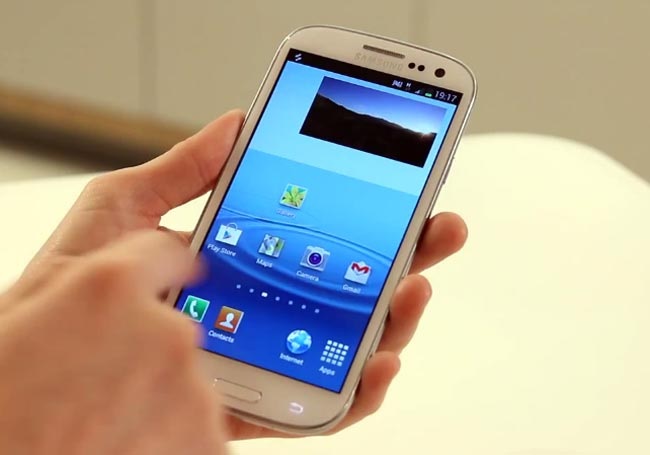 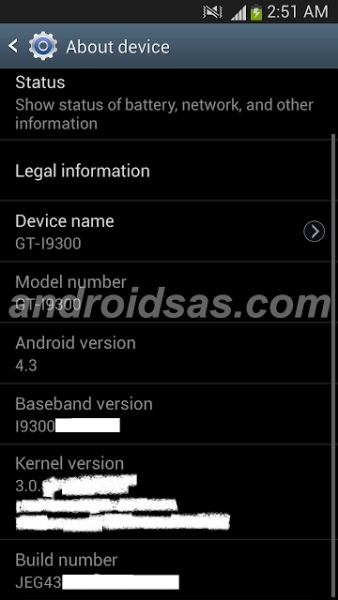 Currently, there are no details of the changes Android 4.3 update will bring for Samsung Galaxy S3 as well as its official launch date. All we know is that the update will hit the Galaxy S3  sometime in Novemeber.

It was also rumored that Samsung will release the Android 4.4 KitKat update for its Galaxy devices including Galaxy S4, Galaxy Note 3, Galaxy Note 2, Galaxy S3 and Mega devices. But, there’s no official word from Samsung about this. If you ask me, I would say that it will take a few months for the Android 4.4 Kitkat to come to Samsung handsets.

The operating system is not official yet, and Google is expected to launch it along with Google Nexus 5 this week, if rumors are to be believed. Considering that, the update will roll out next year as Samsung is updating S4 this month followed by S3 and Note 2 in November and December, respectively.