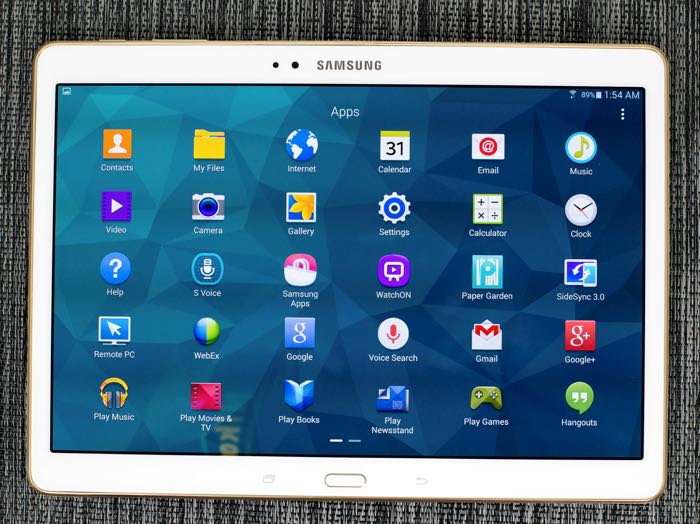 We first heard about the Samsung Galaxy Tab S Pro back in January when references to the new tablet appeared in Samsung’s Milk Music app on Google Play.

Since then we have not heard anything about this new tablet, until now, Samsung has now filed a trademark for a Samsung Galaxy Tab S Pro device.

The filing for the Samsung Galaxy Tab S Pro was made on the 3rd of July, as yet there are no details on what specifications the tablet may come with.

If it has just been the trademark filing for the tablet, it could have just been a tablet that Samsung intends to develop in the future and they were registering the name for a future device, but the fact that the tablet originally showed up in January adds more weight to this being an actual device that Samsung is working on at the moment.

Samsung are expected to announce their new Galaxy Note 5 in September, the device may be announced at IFA 2015 and we would not be surprised to see the new Samsung Galaxy Tab S Pro tablet at the same time.

As soon as we get some more details on this new Android tablet from Samsung, including some photos of the device and some specifications, we will let you guys know.